I missed 2 sessions and don’t have write ups for them. In short, the party headed out to investigate the castle ruins they’d heard about in town. They arrived at the ruined castle, fought some gnolls, and goblins, and did some exploring. In the process, half of the dozen kobolds that had joined the party had been killed.

In the mostly intact keep of the castle, the party explores the main level. In the old dining room, they find and are attacked by 6 goblins (not knowing how outnumbered they were). 5 are killed, one is captured, interrogated, and released to warn his fellows to flee if they want to live. In another room, a pile of crockery was set to explode, injuring most of the party.

A section of smaller rooms had the odd characteristic of having been stripped of everything, including even the nails and door hardware. That it had been done by tool made Nick feel a little less worried about rust monsters.

On the east side of the keep they find an iron door with a chain and lock holding it closed. The door zaps Lada when he tries to unlock it. Some stairs down into the basement (dungeon?) are left unexplored, but a faint ‘dirty dog’ smell is noted. Having finished the main level of the keep, the party decides to finish exploring the outbuildings and towers in the bailey.

The western tower is mostly collapsed, but still has a locked door. Lada pops it open. Beyond the rubble they find a training room with fighting dummies and 5 gnollish bedrolls. “How many gnolls did we kill?”
“4”
“Hmmm…”

The eastern tower is boarded up, and in goblin is written “No Go. We Let Haz.” Lada climbs up and looks through a window. He gets a brief look at a large eye before everything within the tower goes BLACK. Lada climbs down, and the party agrees to not bother with that right now.

The castle cistern was sadly polluted with (goblin? gnoll?) excriment. At least the spring feeding it was still clean. One of the kobolds volunteered to dig through the muck, and found a gem. He was allowed to keep it.

The ponies were corralled back into their stalls, rats scarred away from the feed, and a small stash of silver found.

The goblin smith, who seemed super into his task, wasn't interested in fighting, just wanted metal to work with. The party left him to his work, though he did tell the party that the creature in the tower is a black big bird. 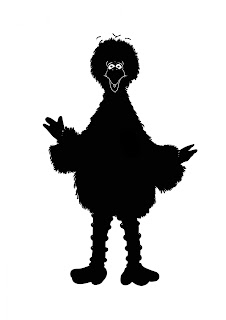 Returning to the keep, the party went to the ladder up to the second level. Unfortunately some goblins above weren’t interested in visitors, and tried to drop a wardrobe on Nick. They missed. Nick scrambled up the ladder before the dresser could be dropped down. Nick grabs the goblin nearest the trap door, and lifts him up (thank goodness the goblins weren’t well fed) abd told the other 2 to stop. They did, not wanting to die.Trading some info for their lives, they tell of “Jedra the Priestess” who is on this level, and her magic book.

Exploring around, the party checks the door to the west from the tower. Within was a giant spider… Biffin got bit, but the spider was quickly killed, and Biffin seemed okay. In the canoe hanging from the ceiling was a cocoon.  Nick “noped” right out, and Biffin checked it out… releasing a swarm of baby giant spiders.

To the north was a pair of doors. The door to the west was covered in blood written runes, including a crude sigil of Orcus.