A long time ago I picked up some minis from Reaper made out of thise new "bones" material, and decided to see how they worked. Out of that initial set were some kobolds that I used to experiment on with some different paints.

Now, years later I'm back to painting kobolds. These are new sculpts from Reaper Minis from their Bones V kickstarter. I picked these 4 mooks to work on. And again, I primed half of them. This time I used a sample airbrush primer that was an orange color.

Aside from the fact that it did seem to help keep paint from rubbing off a bit, I actually found that I preferred the unprimed figures. I did sadly neglect to take a pic of the new kobolds with the old, but when I get a few more painted up I'll do that.

Fun things to do in the middle of a pandemic:
Find and buy a house (in progress)
Find a new job (successful!)
Quit your old job (last day is Friday)
Start Packing

Unfortunately that hasn’t left a lot of time for blogging. I also managed to catch a horrendous cold that knocked me on my ass for over a week. (not COVID, I checked)

Gaming
What do the players do when they stumble into the lair of a dragon? Run away and bother the mountain trolls! Then almost get smashed by the mountain trolls cause they didn't realize how big a lair it was and how many of them there are.

I also finished a game I got on Epic Games called Rebel Galaxy, and have been playing my way through Torchlight 2.


Miniatures
Not the most productive front on the mini painting side of things either, but I did manage to finish up a few things. 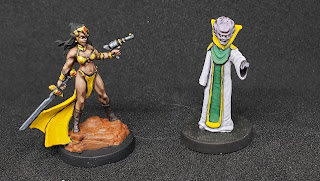 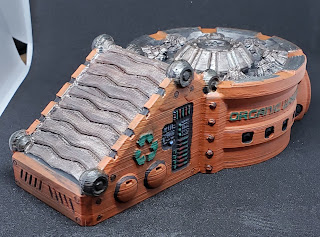 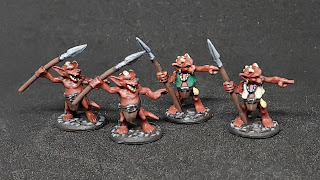 
Goals - keeping it really simple this month. Survive the closing, the car buying, the moving...