Today is the feast day of Gygax, and the end of Read an RPG in Public week. 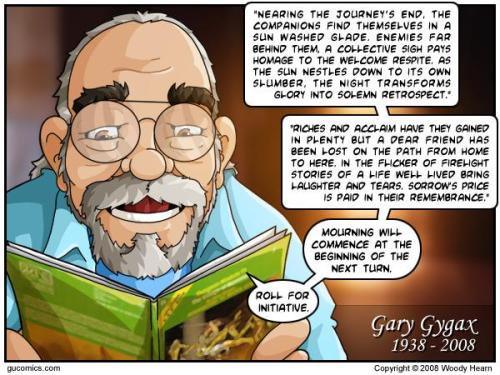 I haven't actually read anything RPG related this week, but I'll be making up for that today.

Stonehell: Kobolds in the ceiling


After gathering everyone who survived the dragon attack, the party heads to the side delve, and down to the 5th level. Exploring a new area, they find a room with a patchwork dropped ceiling supported by rickety poles and logs all haphazardly constructed. Above they could see some movement. When Koltic decided to run across the room to the far door, with Borumar chasing behind, bottles of flaming oil came raining down, and in kobold “Die invaders!” Eiric yelled up, in kobold, and a temporary truce was declared. The kobolds would allow the party to pass peacefully in exchange for some bug juice (alcohol).

Koltic grumpily kicks one of the poles on his way through the room, and the kobolds nearly dropped more oil and rocks, but Eiric talked them down. Beyond the kobold’s area, the party comes to a completely empty room. No dust, no decorations… just… empty. They do eventually find a small hidden compartment, but like the room it was empty. Karl added a copper piece to it.

After exhaustively checking the room, they were attacked by a carrion crawler, what was quickly dispatched from a distance by numerous crossbow bolts. Pressing on into a room lined with old tarnished mirrors, and a weird 10’ pillar of… something fluid. Floating in the exact center was a staff. Koltic decided to try to just dive in. Karl pulls the paralyzed and acid burn covered Koltic out of the pillar by his feet. Borumar tries to shoot the pillar with his crossbow, but the bolt just melts in the acid. Frustrated, Eiric summons a Frozen Sphere and rolls it to the pillar. Significant quantities of icy acidic vapor bubble out of the pillar, but otherwise it seems unaffected. She looks to Brie, and they blast it with magic missiles. The missiles blacken the pillar, and large chunks blacken and crumble away until the staff was reachable.

Deeper into the level they find a smallish room with half a dozen iron statues of ancient looking warriors. Karl, A-A-Ron, Borumar, Orpheus, Lex, and Hobart all check out the room while the rest of the party watches the hallway. One of the statues pushes the door shut and stands in front of it, while a second one lashes out at the party. Everyone survives and the party moves the statue away from the door. Sadly they find no treasure.

Agramon, however, was waiting… I grabbed the bottle of Reaper’s Red Liner… and then remembered that it smelled. Sucking it up, I mixed in some flow improver and painted it on.

Unfortunately that’s all I got done that evening. 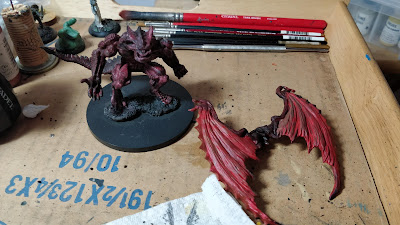 Good news though, more progress was been made. Using a combination of Dragon Red, Gory Red, and Fire I mostly dry brushed up over the bulk of his skin. For the wings, chest, and bunderside of the tail I used Barbarian Skin and Tanned Leather, and then on the chest bringing it up to the same final gentle dry brush of Sun Yellow and Linen White. 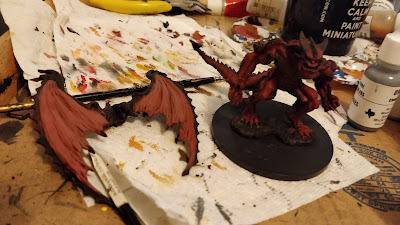 I went back and forth on the lips, from yellow on back to Red Liner, and eventually settled on Red Gore. I still need to add a little grey to the tips of the teeth.

I then went back with the Red Liner and cleaned up the lines between the chest and the rest of the skin, and repainted the horns and other scaly spots. 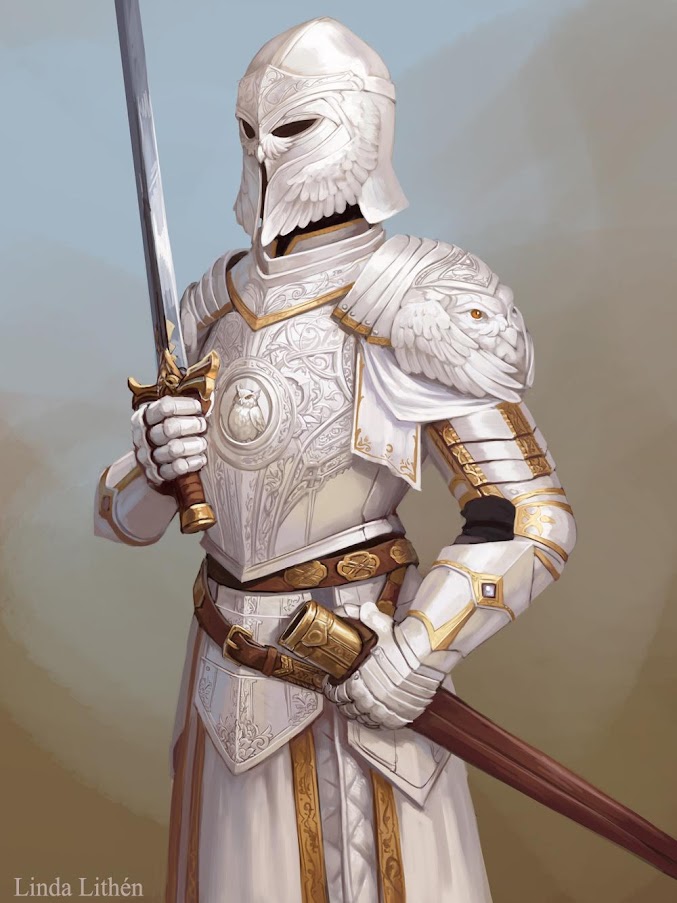 Okay, we’re calling it!
Armor and weapons have been painted with “Armor” paint, stitching painted with Tanned Leather, a generous wash with sepia, and a couple of highlights here and there. 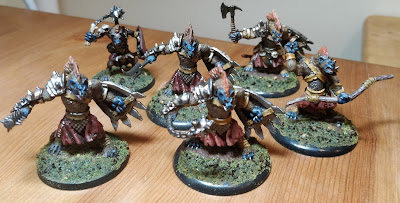 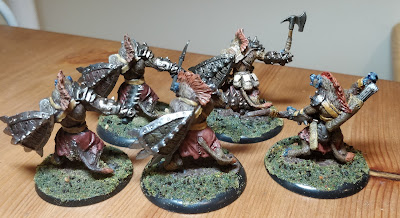 The shaman needed more attention, especially with the bone staff. I started with Dirty Bone, followed by the sepia wash, followed by another highlight with Dirty Bone. The bindings were painted with Dragon Red. The flogger was painted first with Rich Leather, highlighted with Tanned Leather, washed with sepia, then highlighted with Tanned Leather and just a bit of Linen White. 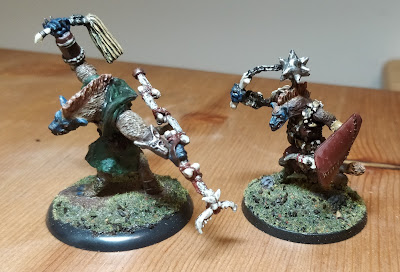 The green robe could probably use a little more work, but eh. 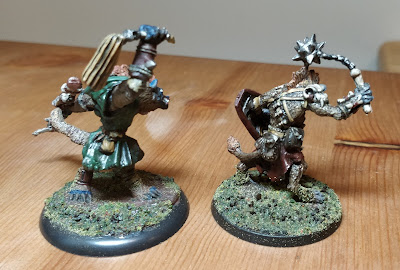 Then it was time to base… I used my usual mix of flock applied with wood glue. And then once that dried I coated it with another coat of watered down wood glue. Still need to dust off some of the non-glued flock, but otherwise they're done!!

I wrote this before my test, when I stole just a tiny bit of time to do a bit of painting.


Okay, yes, the test is coming up. But my brain was just not accepting info, so I decided to paint for a bit before walking the dogs in the park. In 40 minutes I applied red to the gums/lips, and their eyes. I then added some tanned leather to the red, then applied it to their skirts, then added a bit of marigold yellow and dry brushed it onto their ruffs.

Using a bit of walnut brown, I cleaned up the eyes, painted their noses, and lips around the red. 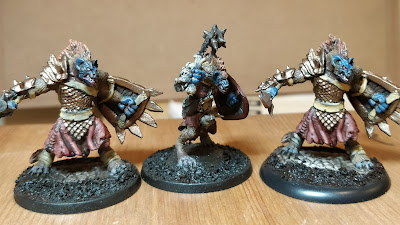 Next steps are going to be to paint the stitching on their skirts, maybe highlight the skirts one more time. Paint the armor and weapons. Wash the mouths to bring out the teeth, then likely re-highlight the teeth.

The first half of July was kinda busy, and I'm only just getting back into the swing of things here at the tower. Good news, I successfully took the first part of the CPA exam. We'll see if I passed it sometime next month. Fingers crossed.

Gaming
Only got in a couple of sessions of Stonehell this past month, and they were all spent in the side delve. Did get to finally bring in the first dragon in the campaign. Only took 100 sessions to get there.

Curse of Strahd is continuing on. We’re in some side dream dungeon that’s the home of some old Barovian god, based on Gary Gygax’s “Hidden Shrine of Tamoachan” Thankfully I never read or played it, so it’s all fresh and new to me. Of course my swashbuckler Zaadia just made out with some water fay, and got charmed to go down into her lair… I’ll find out next week how that’s gonna end up going… I might be rolling up a new character. Which, honestly, would be okay. Character death happens, but I bet my DM wiggles me out of it. Thinking maybe a gnome druid?

Miniatures
I spent a grand total of 45 minutes painting this month. It was spent painting the eyes and mouths of the gnolls. 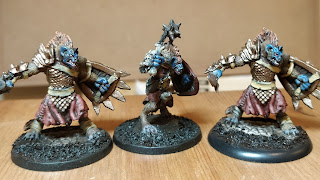 More about that tomorrow...

Goals
Finish the gnolls
Start on something for Reapercon. 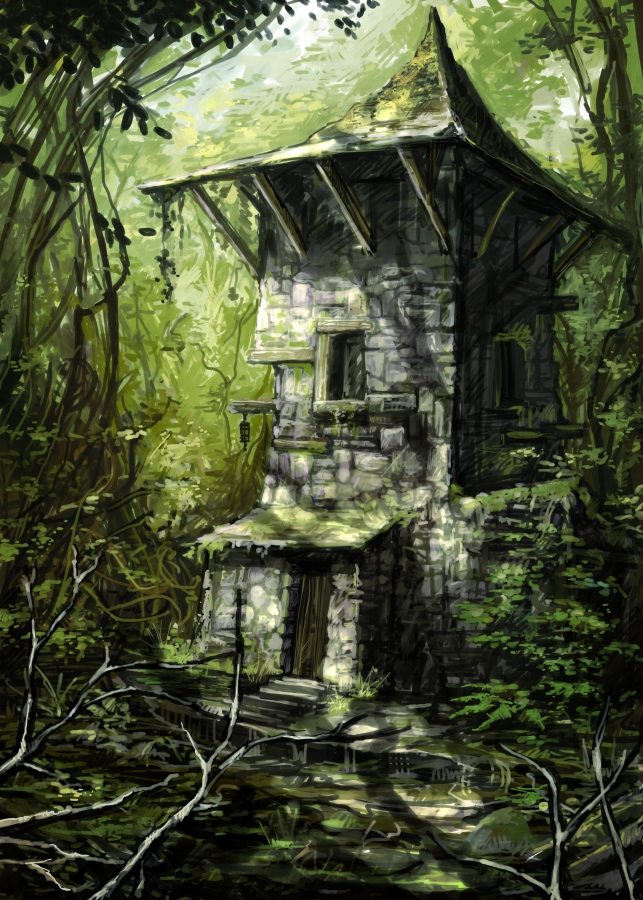 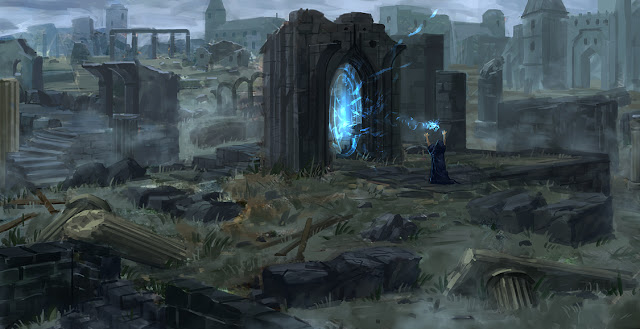