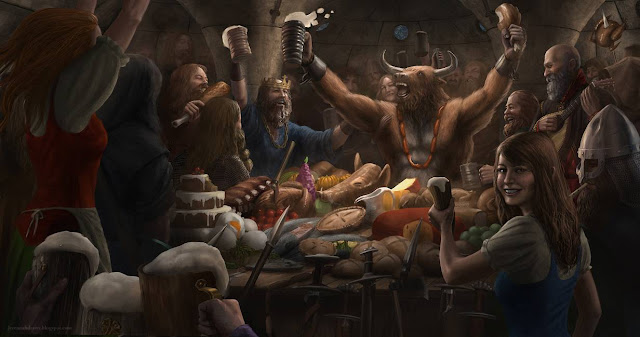 Feast with the beast by J-Humphries

Review: The Queen of Crows and The Killing Light 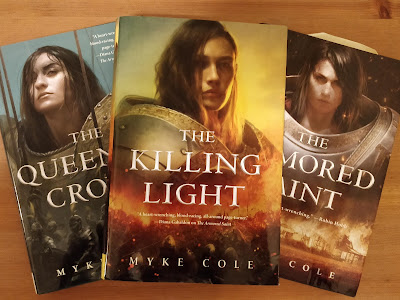 Somehow, I completely failed to not only review The Queen of Crows, but I didn't even get around to marking it as read on Goodreads!

Picking up from where things left off in The Armored Saint, Myke doesn't let up the pressure. Heloise may have saved most of the people she cares about from a demon, and the religious zealots who want to kill her and her village, but now that she's basically turned herself into an unwilling heretic, she's got to find a way to survive.

The pressure keeps mounting, and the steel magitech armor she wears can only do so much to protect her from the physical assaults she faces, and it does nothing to protect her from the emotional hits she takes over the last 2 books. And do those hits keep coming. From having to deal with grief for those she lost, grief and pain from her own disfigurement, the knowledge that many people want her dead, that others believe her a living saint, and still others just see her as a symbol they can use to topple the ancient church that oppresses all around it, and her own feelings of confusion and everything else that comes with being a 16 year old girl... it's a lot. And Myke takes it places I wasn't expecting.

If my review of The Armored Saint didn't get you to pick up the series, I hope this review does!

Returning to the abandoned medusa’s lair level of the side dungeon, they head to the door opposite the medusa’s room, and discover another giant scorpion. They don’t see the party, and Borumar sneaks in, and kills it before noticing the other 3. He runs, drawing them toward Kili who bottlenecks them in the doorway. They grab Kili, putting the squeeze on him, but failing to land with their tails. One by one Kili and Borumar take out the scorpions as they try to squirm out of the room.

Having soaked a bunch of damage, they make a quick check of the scorpion’s lair, then make for the surface. They’re ambushed on the way by 6 wights. Kili turns 2 immediately, Borumar kills one, one drains Kili’s strength, but then Kili turns the remaining 3.

They glance at the wight’s body, and then rush back to town.

While in town, Kili spends 5,000gp to hire a Diviner to discover what it is that the Olifant is afraid of. The Diviner uses Contact Other Plane, and tells Kili that he seeks a wooden anthropomorphic mouse statue. A statue that happens to look just like the one Grishnaz had…

Later that night, under a cloudy sky, Kili dug up Grishnaz’s grave, retrieving the small statue. 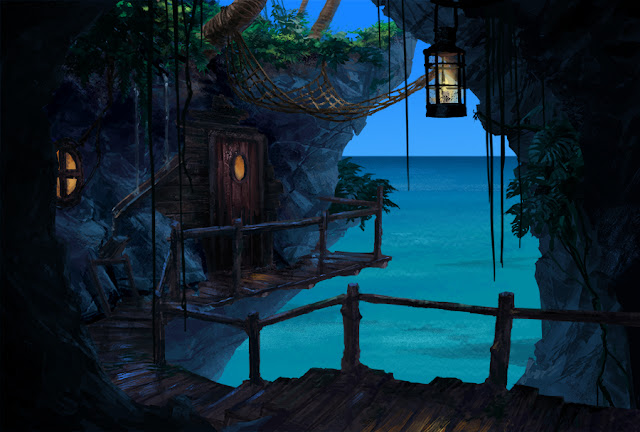 The dimly lit wood paneled walls were smeared with gunk, and the floor was slick with the chunky mess. The stale smell of vomit death permeated everything.

“What is this?” Nimble whispered as he tapped his toe at the lumpy fluid. “Ugh, it’s sticky…”

From out of an open doorway to the left, a sickly bloated looking man in a soiled nightshirt stumbled out and turned toward Nimble. His nearly bald head was beaded with sweat, his hair stiff and unkempt.

“Shit” Nimble slipped his dagger from his belt. “Stay back” he warned. The man gave no sign of understanding, and step by sticky step continued to approach Nimble, who backed toward the stairs. “Forget this.” Hopping over the railing, he dropped about half way down the stairs. After landing, he looked up to see what the figure was doing. The man leaned over the railing looking down, drool hanging from his open mouth.

With a stomach churning “hurk” and a shudder, a stream of vomit shot out from the man’s mouth, and down toward Nimble.

Vomit Zombies are even more disgusting versions of standard zombies. They possess all the usual undead features, immunity to charm, sleep, and hold spells. They are faster than usual zombies, in spite of their bloated form. In combat they will either attempt to claw their opponent, or vomit on them. The projectile vomiting uses the same rules as a dragon's line shaped breath weapon, with a range of 15'. Anyone in the 5'*15' line will take the 1d4 damage, and must make a saving throw vs breath weapon or suffer the effects of the 3rd level cleric spell Cause Disease. Anyone killed while suffering the effects of the disease (whether the disease is the cause of death or not) will rise as a Vomit Zombie in 1d6 hours. 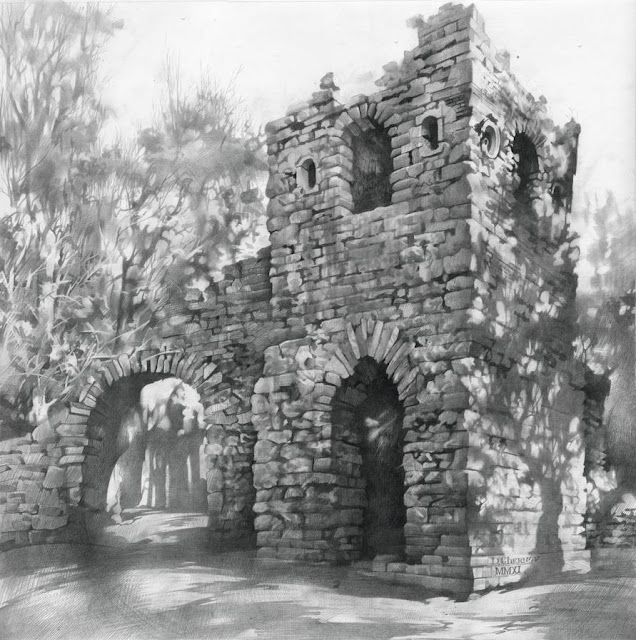 Entering the dungeon through the side passage used by the cultists, they head straight down to level 9, and head north, up around the statues in the stage area, and spot a quintet of elves in battle poses, frozen in stone. One of the elves was attempting to pick a lock when he was turned. Maneuvering around the elves, they take a closer look, and see the elf holding stone lockpicks that are currently inserted into the door. They smash the elf’s arm, and shift the statue away from the door. Borumar sets about removing the shattered bits of stone from the lock. Kili and Jojo keep watch, which means they’re not surprised when a giant scorpion comes around the far hallway.

Kili moves to block the horse sized arachnid, and is immediately grabbed by its massive claw. Jojo runs up and lands 2 solid blows on the bug, and Borumar slips out and around to jab his short blade into the thinner armor of the underbelly. The scorpion spasms, and dies, releasing Kili.

Just in time, as more scorpions are coming! In a slow retreat, the party keeps the scorpions from being able to being able to flank the party. This saves them, as one by one, they kill the grabby stingy creatures. Borumar even survives multiple stings with only a weird discoloration where the venom was injected.

With the threat removed, Borumar is able to successfully open the door, and the party looks inside. More stone people, including a butler by the door line the richly appointed room. A large bed, and a mirrorless vanity are the main bits of furniture that draw the eye. Borumar finds a chest under the bed, and avoids the gas trap, finding 2 vials of oil, a beautiful bow, and a quiver of arrows.

Departing the room, but butler statue by the door comes to life, and sucker punches Kili. The party tries to run, but Kili in his armor is too slow, so they fight, desperately, and manage to destroy the statue before anyone dies, though it’s close for Kili.

Cutting off the scorpion tails, the party then heads back to town.

I can't even tell you where the month went... Got a new job, got crazy busy with the new job, tried to squeeze in study time, Bones V happened (and I didn't even post about it here!)... Just, it's been a month. I didn't even carve a pumpkin this year!!

Gaming
A bit of Stonehell, and a bit of Strahd. We're trying Stonehell on Sunday evenings, rather than Saturday morning. We'll see how that works out.

Miniatures
Worked on the raptors. the Bones Black owlbear, and the sci-fi dinos from Bones 4. They're almost all done, just need to glue them to their new bases. For whatever reason, the cool bases they comes on are all too tiny. Only one is about 1", the rest are all smaller. I decided to standardize them, but more on that later. 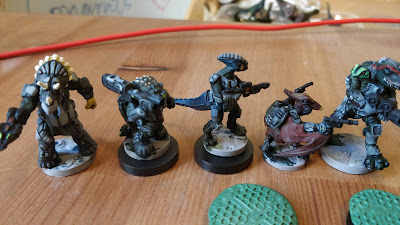 Oh, and I started her too.


Goals
CPA study - taking the test in a week!
Finish the dinos
Come up with a cool thanksgiving day D&D game idea for the kids