Map: Tomb of the Rocket Men

Gus L over at Dungeon of Signs is hosting a contest for a copy of ASE 1 or 2 (HARDCOPY!! NOT PDF!) which ends April 1. All you have to do to enter is draw a map of the Tomb of the Rocket Men.

I don't know about you, but I can draw a map. I don't know if it's a contest winning map, but hell, I'd be thrilled for a chance to win a PDF of ASE, let alone a hard copy.

Plus you don't even have to keep it secret. So, here's mine! 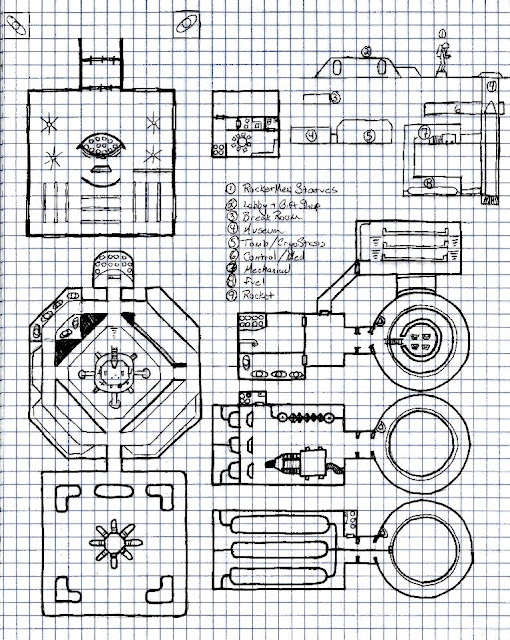 Email ThisBlogThis!Share to TwitterShare to FacebookShare to Pinterest
Labels: map

Adventure Time: Land of the Dead 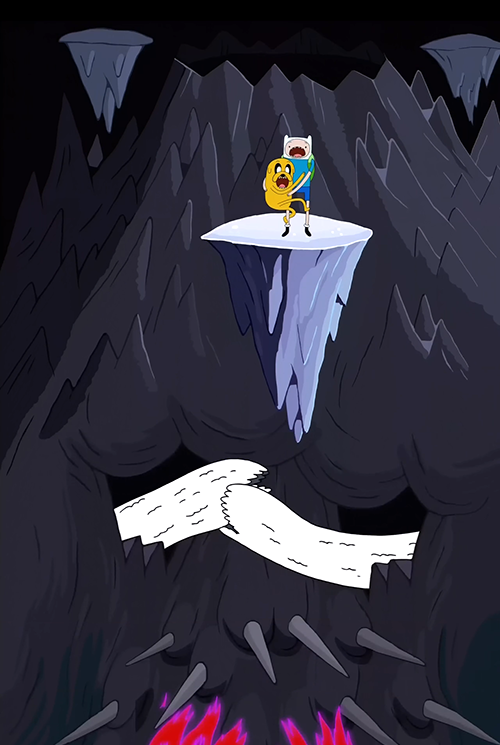 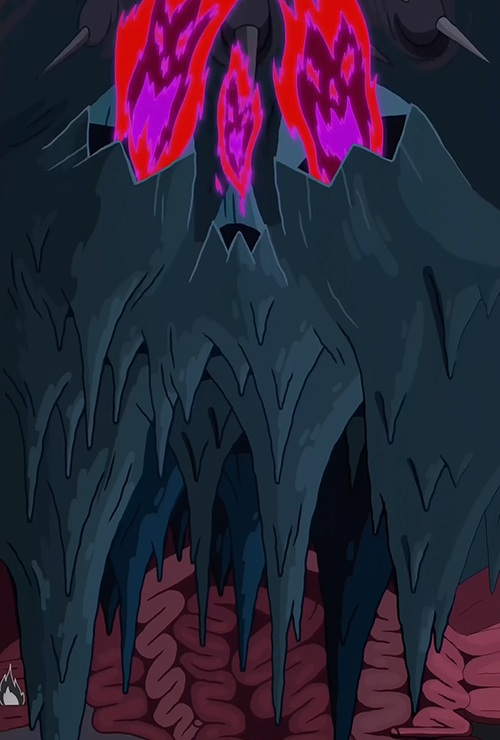 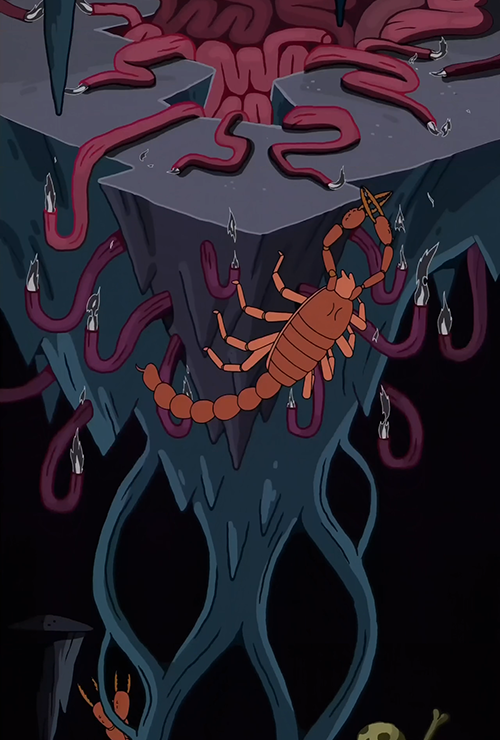 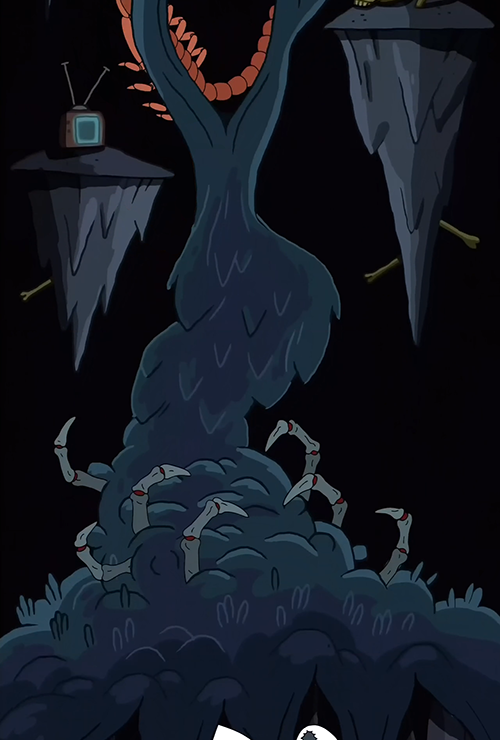 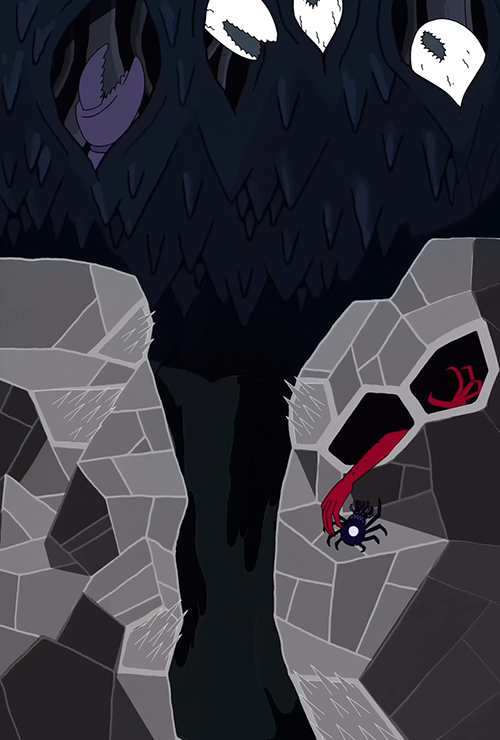 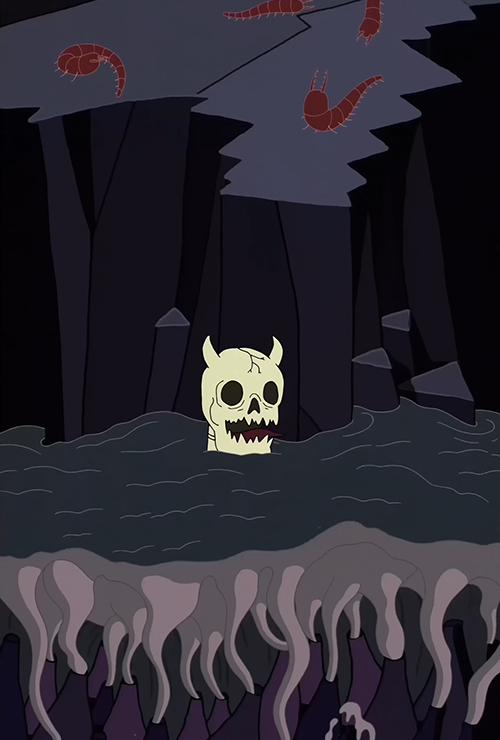 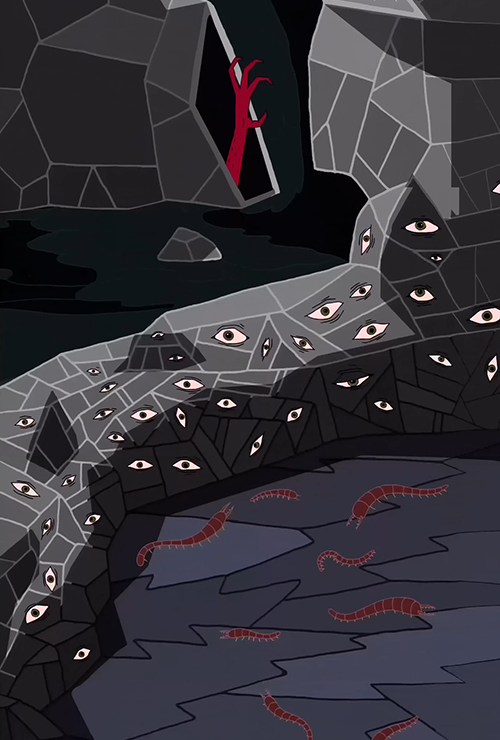 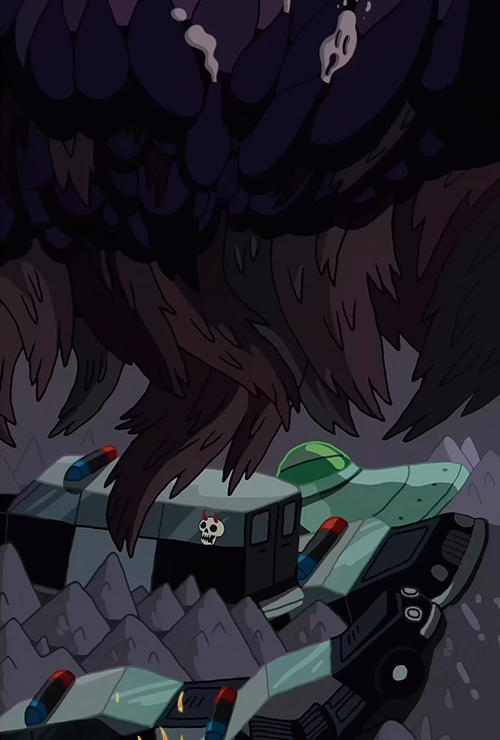 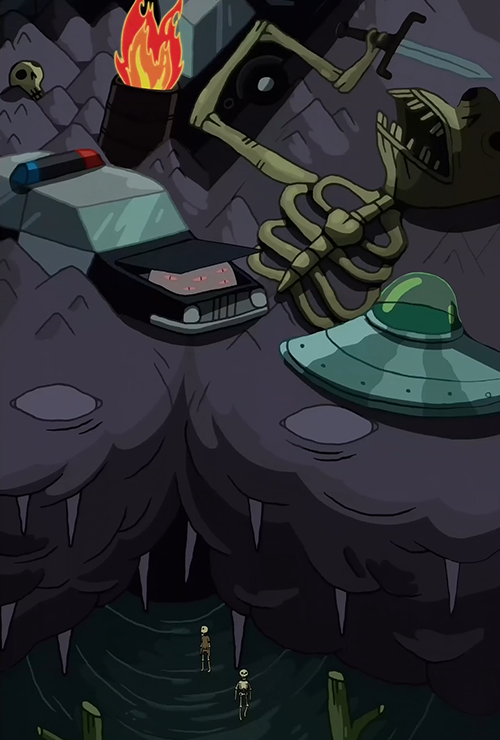 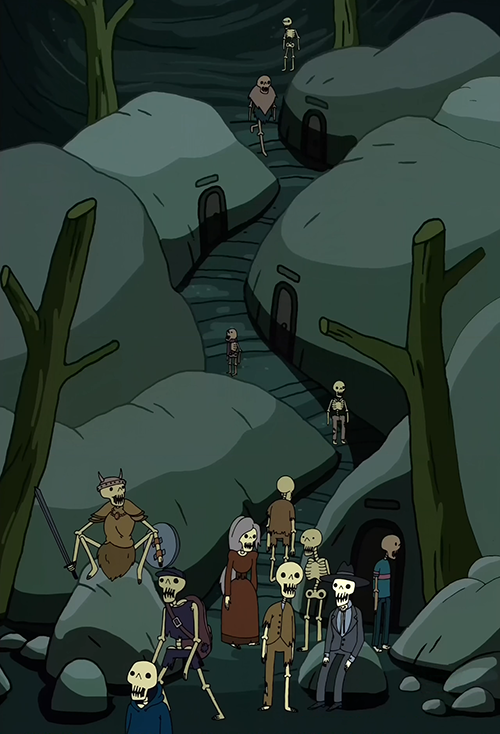 Email ThisBlogThis!Share to TwitterShare to FacebookShare to Pinterest
Labels: fluff/inspiration

I love bloggers who show how they make the amazing props they come up with. For example, these spellbooks made by Janet from It's A Little Like Magic: 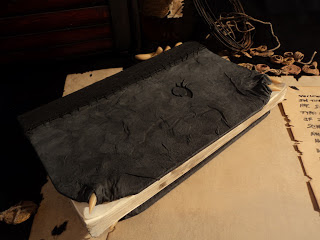 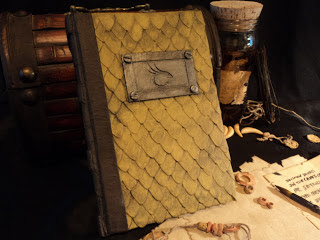 If you're anything like me, you've wondered how things could survive in a megadungeon environment. The tortoise Manuela managed to live trapped in a cardboard box for 30 years. So maybe not so crazy after all...

"Mad Jack" Churchill was a British soldier who fought in World War II wielding a braodsword, longbow, and bagpipe.

Joey of Metal vs Skin has a Bastard Class for Old School games. It's something of a re-imagined Bard class, and it's fantastic!

Delving Deeper has a series going about Class Guilds. I rather like his take on them, and want to point you to the Mage's Guild as a solid example.

Sticking with the arcane, Monstrous Television has a selection of house-rules for wizards in his home AD&D game that are worth checking out.

Noisms has been spending some time thinking about hexes and wilderness maps. He took those thoughts, and explored a real island, about 2.5 x 1.5 miles that would easily fit within a 5 or 6 mile hex.


The news is now about a week old, but Google is killing off Reader July 1. I have over 400 blogs that I follow, and Reader was where I read them all. I've moved my feed over to The Old Reader, which is a stripped down version. It's running slowly, but all of my feeds are there, and they're still organized into the different folders I had them in on Reader. I think once the tidal wave of new subscribers settles down, and the servers get reinforced, it'll work really well. For the moment though I'm going back and forth making sure that The Old Reader is actually catching everything. 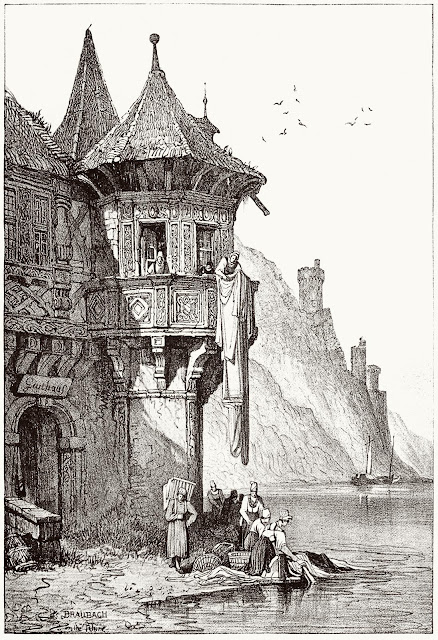 "How can you tell?" Nimble asked. "They all look alike!" Waving his hand to encompass the
entire swamp.

Allianora sighed as she dropped down on a mostly solid fallen log. "The sun is setting, and we haven't seen a spot of dry land in hours. Not since that old graveyard."

"And I haven't been able to sit down with my spell book in two days." Feris complained, sitting in the log next to Allianora.

"Well, what do you suggest?" Nimble asked Rathgar.

"How should I know?"

Everyone sat in silence for a few moments, the sounds of the swamp gurgling around them.

"Perhaps I can assist you?" came a soft rumbling sound, as something large shifted out of the muck. 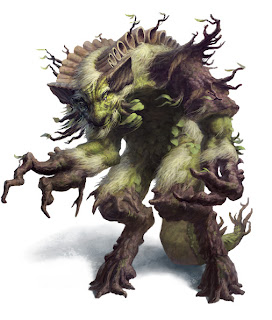 Bog Trolls are not actually related to trolls, but are a type of plant creature. Covered in moss and leaves this creature cares for the swamp and the beings in it.

All encounters with bog trolls begin at a distance of 30 yards or less, since they blend into their surrounding so completely, and they surprise on a roll of 1-3 (on 1d6). Although normal weapons can harm them, blunt weapons (such as maces) only inflict 1 point of damage per hit (plus magic and strength bonuses).

Bog Trolls can release a cloud of spoors that will cause anyone within to make a save vs poison of fall asleep per the sleep spell.

Image from http://monstersbyemail.com/ and is used in conjunction with the contest being run by Matt Jackson on Lapsus calumni. 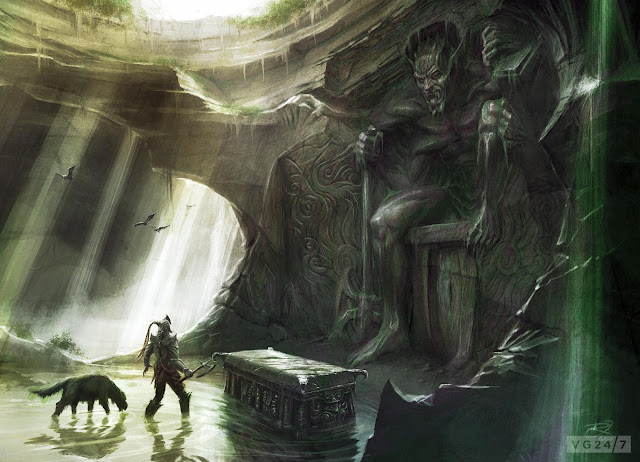 I've signed up to do the A to Z Challenge again this year. Given that I've barely posted 20 times this year that might seem kind of crazy, especially since most of those have been picture posts. However I've been finishing up my final class for my Masters degree, and it's been a real owlbear of a class, but by April the worst of it will be over, and I'm looking for something good to really get me back into the habit of writing and posting.

Last year for the A to Z Challenge I did magic items and spells. I'm thinking this year I'm going to do monsters, but I'm not positive. Like last year, I'm going to avoid being in your face about the fact that it's the A to Z Challenge (except for this post, the post before I start the challenge, and the wrap up in May). I expect simply to post 26 posts in April that will happen to follow the alphabet, and I hope you like them. More importantly, I hope they get me back into the habit of writing.

One of the things I like about this year is that when you sign up, you can indicate what type of blog you have. For example I indicated that my blog is a gaming blog (obviously).

I've added a new poll on the side - Are you participating in the A to Z Challenge?

Email ThisBlogThis!Share to TwitterShare to FacebookShare to Pinterest
Labels: A to Z Challenge 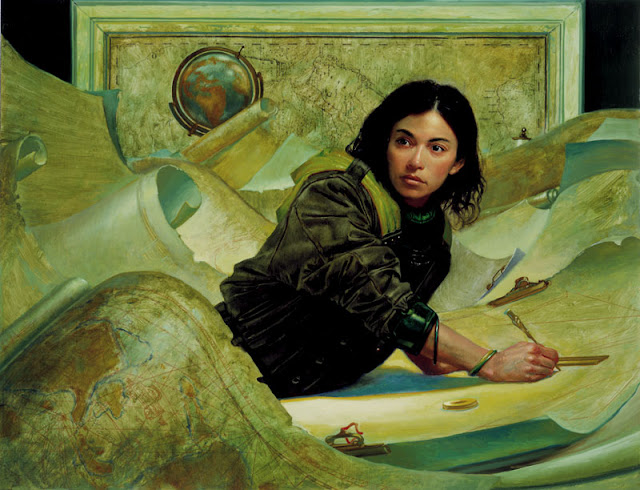