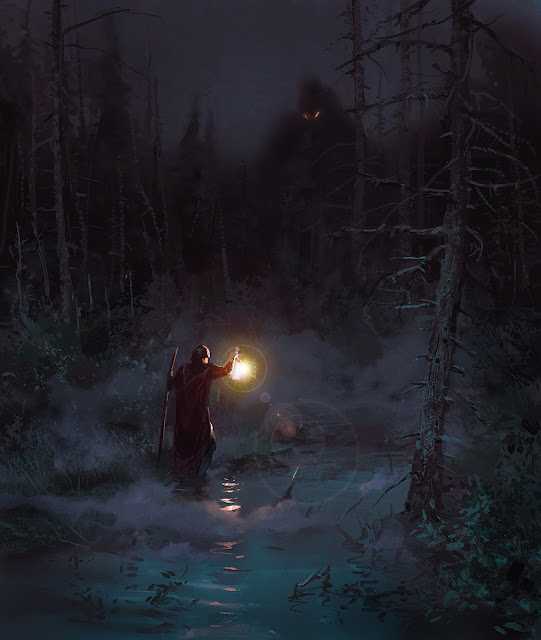 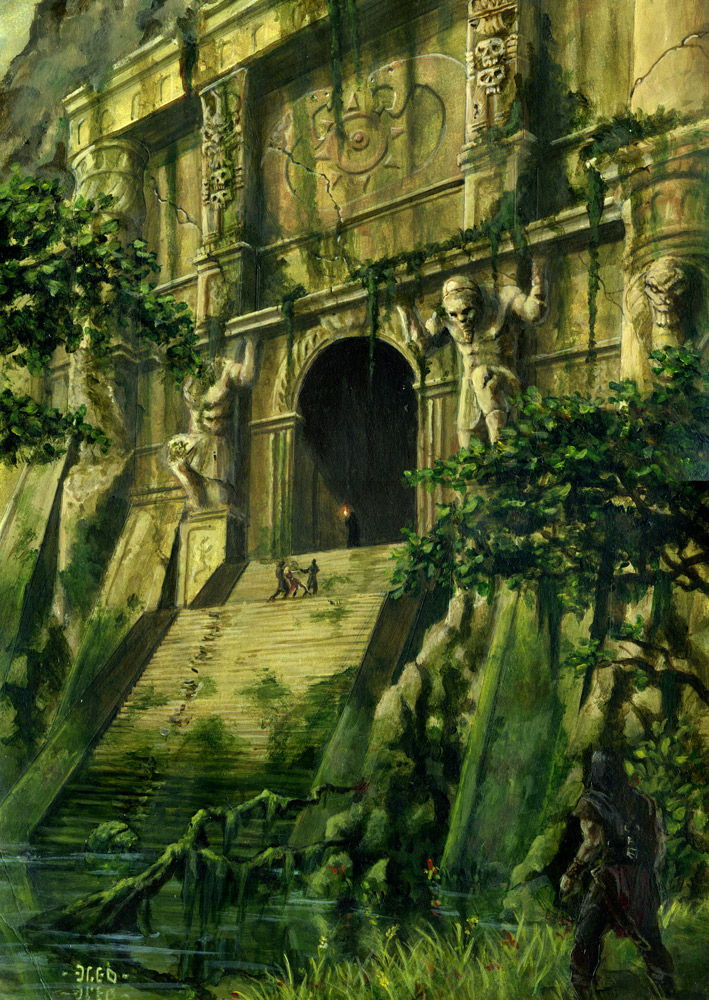 Rather looks like the blond is being brought into the temple unwillingly. What do you think is going on?

I know there have been many times I've wanted to see a dungeon map in 3D. There have been some really impressive examples done in minecraft, but the time and effort that takes can be off-putting, and the blocky nature of it can be limiting. Green Pilgrim over on the Cartographer's Guild has put together a tutorial for taking a normal dungeon map, and making it 3D. As an example he uses one of Dyson's maps:

and turned it into this:

What do your coins look like? Given that the dragon has likely been acquiring it's horde for a long time, chances are some of the coins are going to be old, and a little weird. Inkwell has a random chart to figure it out.

I haven't seen Hansel & Gretel yet, but the concept art for the witches is pretty damn cool.

Ever want to have a Shield/endtable of Whiterun from Skyrim? Harrison Krix from Volpin Props has a great tutorial on how to make one.

Satyre of Fame & Fortune has some magical statues for that "special" roll you got when stocking the dungeon. 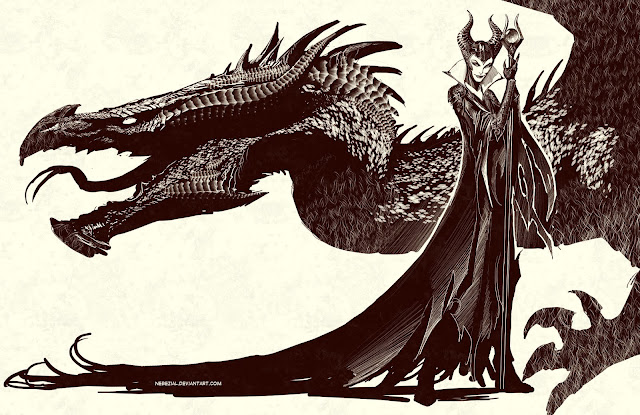 "The coast is clear. Come on." Rathgar motioned his companions through the door.

"Not good!" Feris whispered as he looked through the secret door. The chamber was dark but for Allianora's lamp. A rough bed of furs sat in one corner, and carved skulls adorned the walls. All sorts of creatures were represented, but goblin skulls were most common. "We need to get out of here."

"This is a goblin wizard's den. A powerful one."

"Like Nimble said, it's just goblins." Rathgar said, poking around the skulls.

"Do you see those two dragon skulls?" Feris pointed to the place of honor among the collection. "Powerful magics. Let's go back."

"So let's take the skulls, and get out of here." Nimble suggested, reaching for the closest of the dragon skulls. 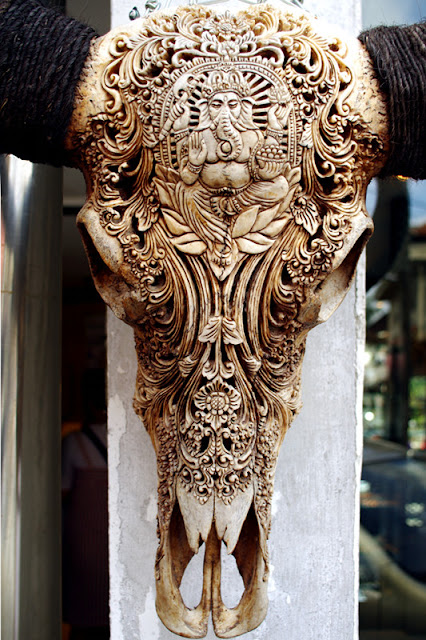 Not everyone uses paper, vellum, or papyrus to write things down on. Goblins, for instance, aren't known to use anything even resembling paper. The closest they get is inking skins. Sometimes the victim of the inking isn't dead when they begin. Rarely do they survive.

However, when goblin's really want something preserved, they carve it onto bones. Skulls are highly prized by the goblin shamans and wokans to scribe their spells upon. The more powerful the spell, the greater the creature. Any humanoid skull will serve for a cantrip, but for truly powerful magics, the skulls of creature like wargs, drakes, and minotaurs are used. Dragon skulls are used for the greatest of spells.

These spell skulls are normally used as a spell book, but in dire circumstances they can be employed as a scroll. However, like standard scrolls, when used the magic is used up, and the skull will disintegrate. Thus it is rare to see them used this way. 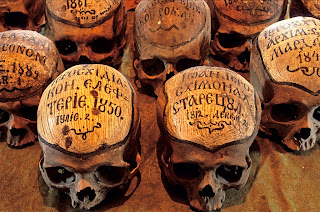 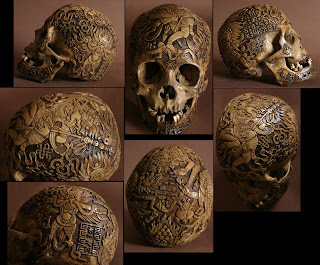 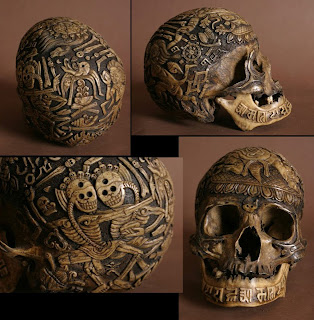 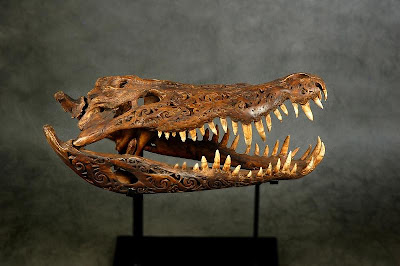 How are you going to use snakes in your games this year? 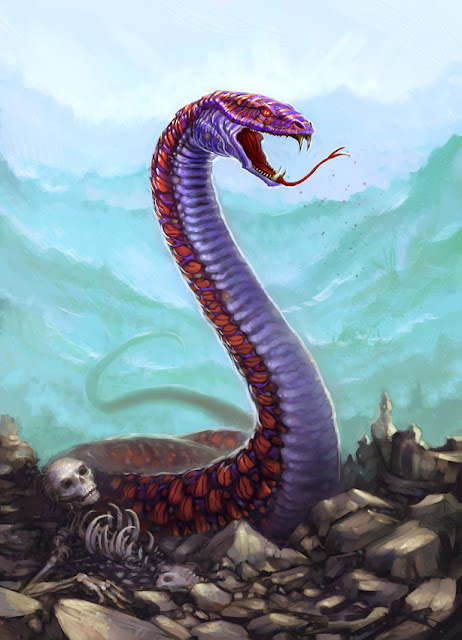 Have you ever had players in a sci-fi game want to drop rocks on a planet? This little calculator will help you figure out what happens if it's an earth-like planet. 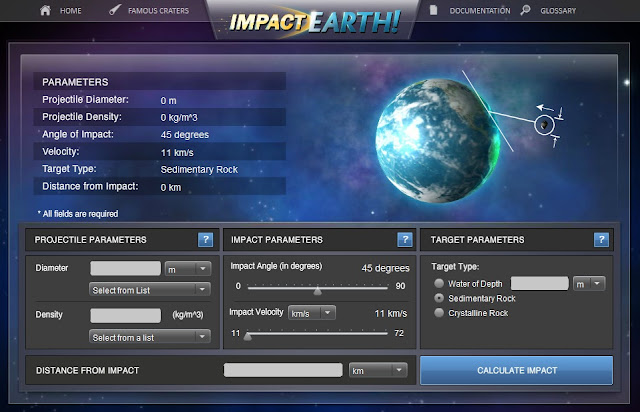 She strode past shattered forms of rotten bodies strewn like discarded toys among the headstones. Her bare feet squelched in the mud. Pausing here and there she stooped down, collecting a rib here, a jaw there, she made her way toward the small hill.

At the top of the small hill stood a leafless tree. The necromancer sat propped against the trunk, blood trickling from his lips.

Crouching before the bruised form, she looked into his eyes. "I warned you."

"Yes." He coughed, a spasm of pain flashing across his face.

"The problem with your army is that it was full of rot. The corpses here will no longer feed the plants, nor even the ravens." She reached toward the necromancer's chest, grabbing hold of the silver chain around his neck. "But yours will."

The ravens perched overhead in the bare branches, cawing. 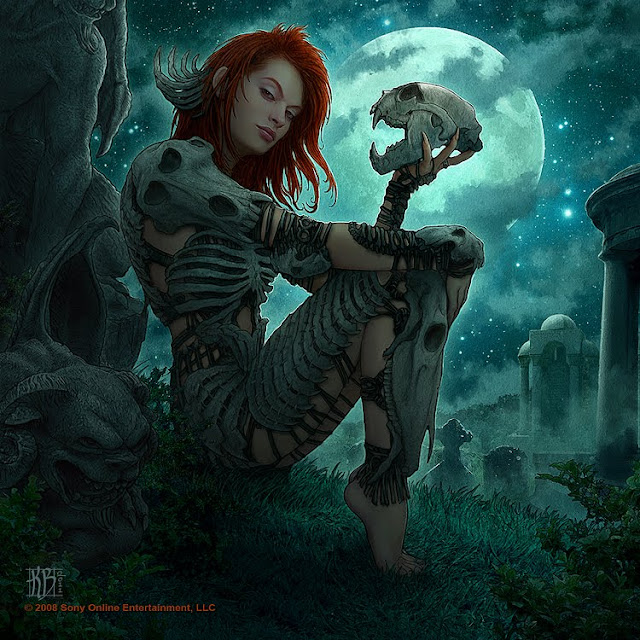 A silver medallion shaped in the empty circle of a new moon hangs suspended on a thin silver chain glows faintly under the dark sky. When worn, a suit of armor will form around the wearer made of bones. It will grant an AC of 4, and may be worn by members of any class. 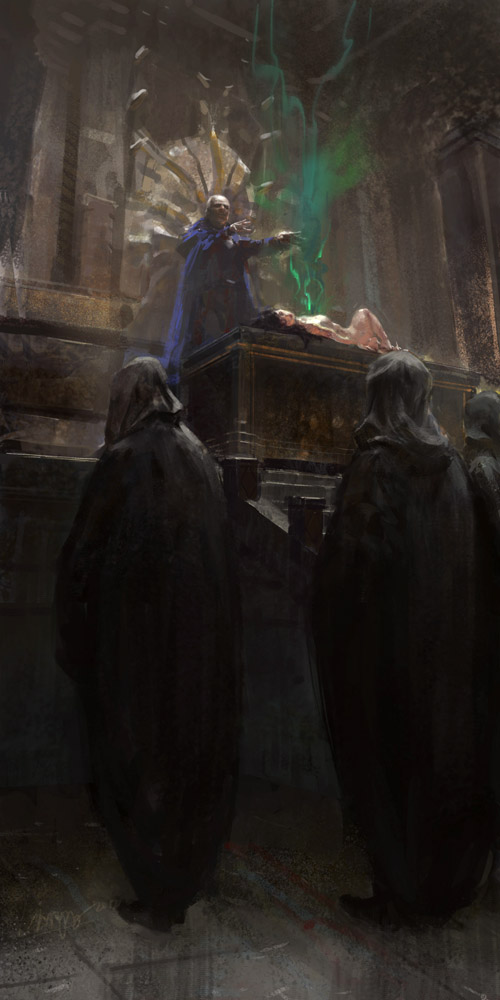