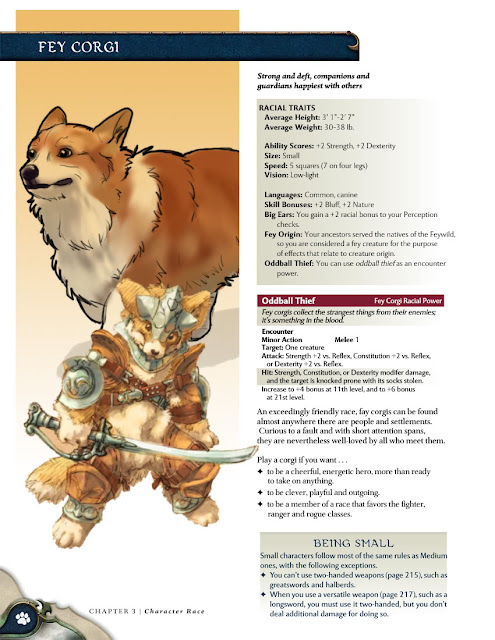 I'd adjust the racial power to either knock prone or to slide their opponent 2 squares in order to reflect their herding background.

I have no idea where this came from originally.  It was sent to me by a non-gaming friend.

A linkdump far far away...

I've been reading a bunch of West End Games Star Wars books of late, and I've found a couple of useful links that I want to share.

How big is the Star Wars Galaxy, and how come we keep coming back to the same damn worlds!
http://ruscumag.wordpress.com/2009/04/27/star-wars-the-scale-of-the-galaxy/

Deck plans for a wide variety of ships
http://deckplans.00sf.com/

Also, next game I play I want this to be my ship: 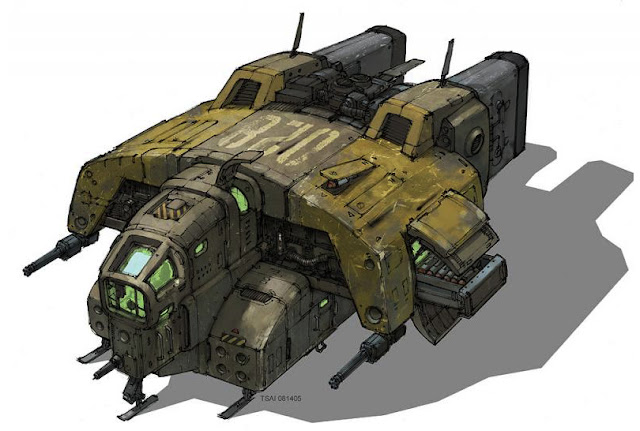 Minus all the extra guns. 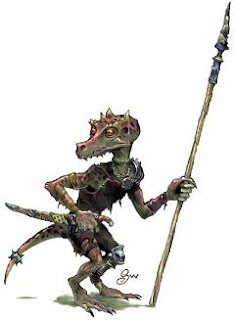 In my games kobolds are shifty little lizard creatures that believe they are of draconic origin.  I never used them during my Cyclopedia days, their place being take up by ratlings from the Quest for the Silver Sword.  When 3rd edition was released however, the trap making lizards of 3.x really worked for me.  It probably helped that it was about that time that I first read the fable of Tuckers Kobolds!    Ever since reading that I've tried to make them as sneaky and devious as I can.

In my megadungeon kobolds are going to be an ever-present inhabitant.  They will continue to be sneaky and devious, but they will be more neutral, at least starting out.  They may aid or hinder the adventurers, depending on the circumstances, but out and out fights are unlikely.  They don't survive in the lower levels by being stupid!  Connecting tunnels will exist throughout the dungeon, but they will be so small that no adventurer will be able to pass through them.  The kobolds on the other hand will be able to squeeze through, and that's how they'll get around.

I also want to make them somewhat more alien.  I want their motives to be difficult to fathom.  When they raid a room they take all of the candles (or glass, or nails, etc.), but leave the bag of gold.  Why?  I'm not sure yet.  Like I said, their inscrutable!