Stonehell: Back to the Dungeon!

Borumar, on a quest to save Jo, takes Sabine and Phynara into Stonehell to find the body of the medusa. On the way they’re spotted by a dragon flying above them. It circles once, and then continues on its way.

Down through the hobgoblin caves, through the empty halls of the redoubt, and down the main stairs to the Medusa’s lair, they discuss how they’ll take her head, worried that the head might still turn them to stone. Borumar and Sabine put on blindfolds, while Phynara stayed back and kept watch. Moving blindly forward, keeping the wall in reach, with Borumar in the lead, his hand presses into something soft that Phynara didn’t see… a gelatinous cube! It tries to suck Borumar in, but he leaps back, and the party kills it before it can do much damage.

Sadly, the cube, and the sparkling clean hallway, mean that the body of the medusa is long gone.

They then head back toward where the Oliphant room is, stopped on the way by a plated monkey that they kill before it can launch a lightning bolt at them. 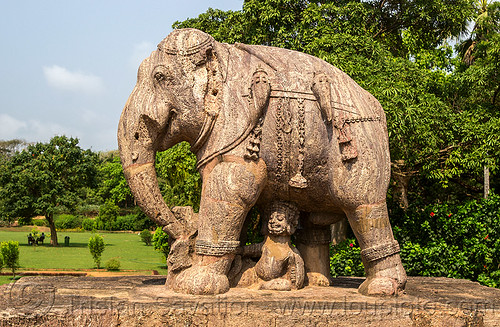 With the mouse statue in hand, Borumar pushed open the broken door of the Oliphant’s room, and stepped in. The stone oliphant turned toward Borumar, and then there was a flash of purple light, and in place of the mighty animated statue was a much smaller statue, barely a foot tall, with one black and one white tusk. Borumar played with it, revealing that turning one tusk turns the statue into a pack elephant, and the other into a war mammoth.

Departing Stonehell, they decided to head back to the side dungeon to try to find the medusa that used to live there.