I have a bunch of miniature posts to catch up on, from the Raptors, to the Owlbear, to a bunch of vampires, and some ghouls

This post though, is about the sci-fi dino troopers from Reaper's Bones 4.

Of course I did most of the painting in October, and don't remember exactly what colors I used... I think I used grey liner, but it might have been blue... 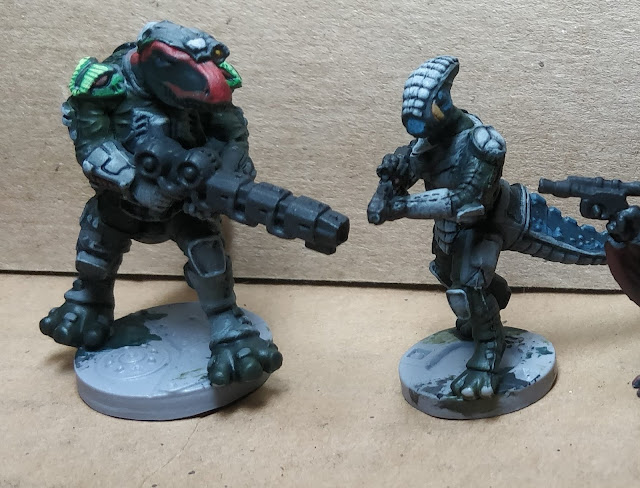 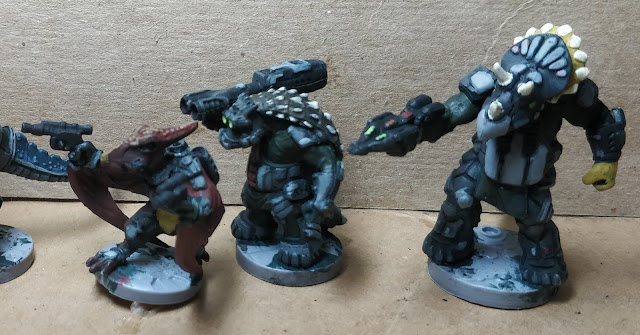 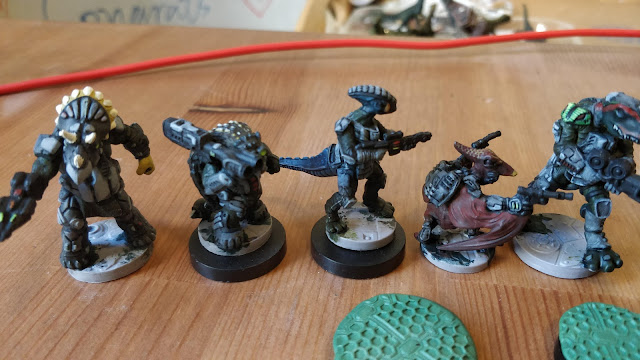 You'll note that the bases are tiny. I've got these guys sitting on standard 1" bases, and, well, the only one that comes close is the T-Rex. So, sadly, I cut them all off their bases... 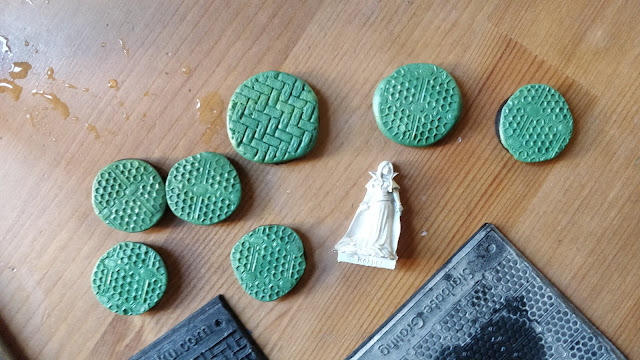 And stamped out some sci-fi bases. And yeah, that's one of the vampires I'll be posting about later. 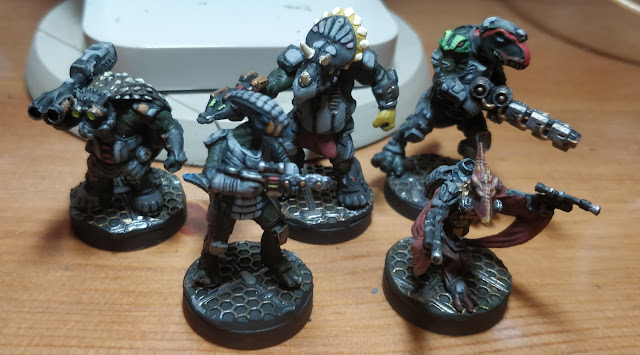 Then I painted them up and glued them on. I probably could have done a cleaner job trimming the edges of the stamped mold. Also thinking that it might look better on square bases, but they're done, and they were fun to work on.

My biggest complaint, aside from the bases, is that there's only one of each of these guys. I'd love a few more variations for any or all of them. More weapons, different poses, but the same types of armor.

I have no idea what I'll ever use them for, but whatever.