Work has begin on my next ship, a short range cargo hauler with cargo pod. I spent a couple hours late last night working on mocking it up. I had a vague idea of what I wanted, but wasn't really sure how exactly I wanted to get there. 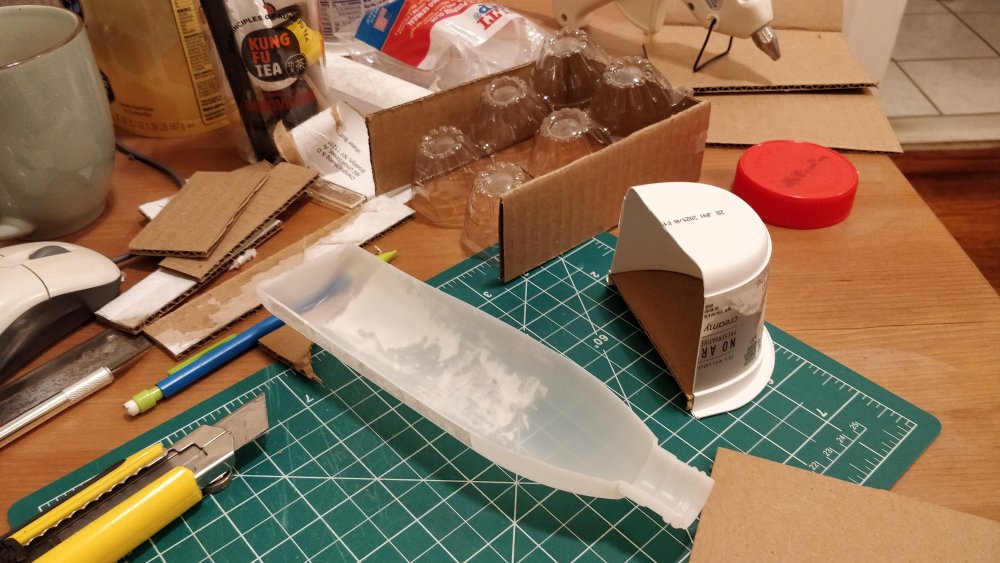 Figuring out sizes and shapes and cutting things in half... 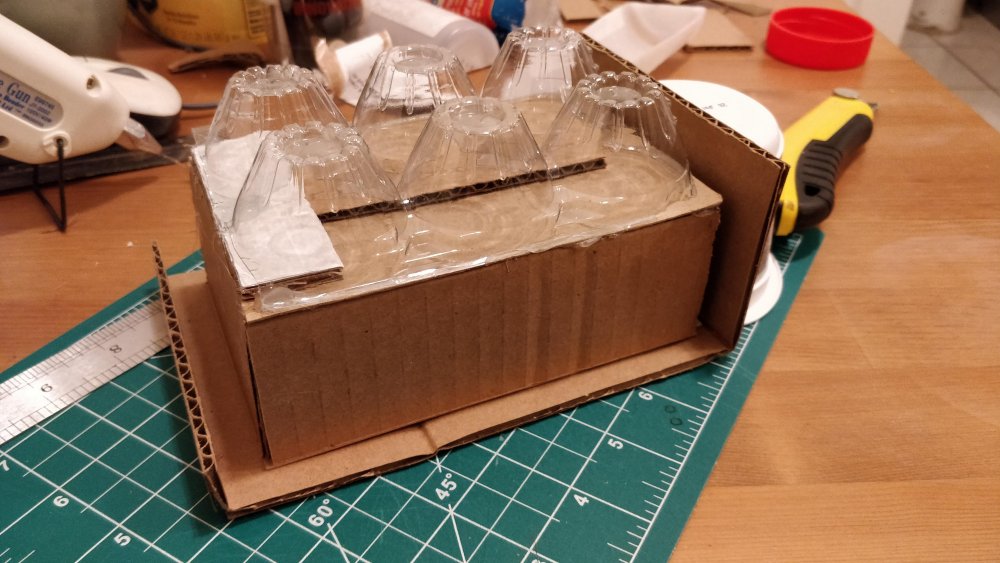 Cargo pod mock up in progress. I have enough of the egg cartons to make 4 of them, so I'll probably build them all up to make additional scatter terrain. 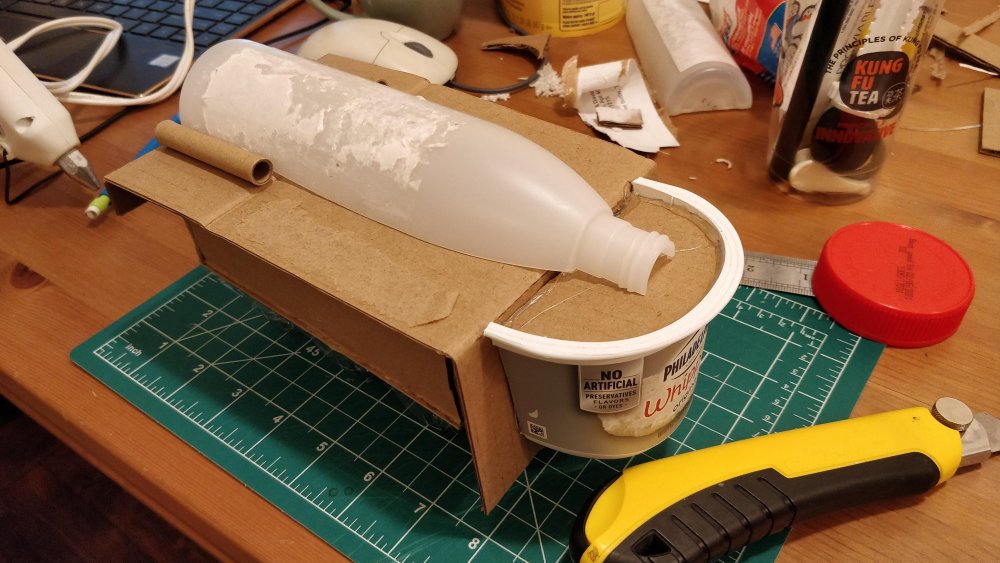 The underside showing how the shampoo bottle will be the engine. 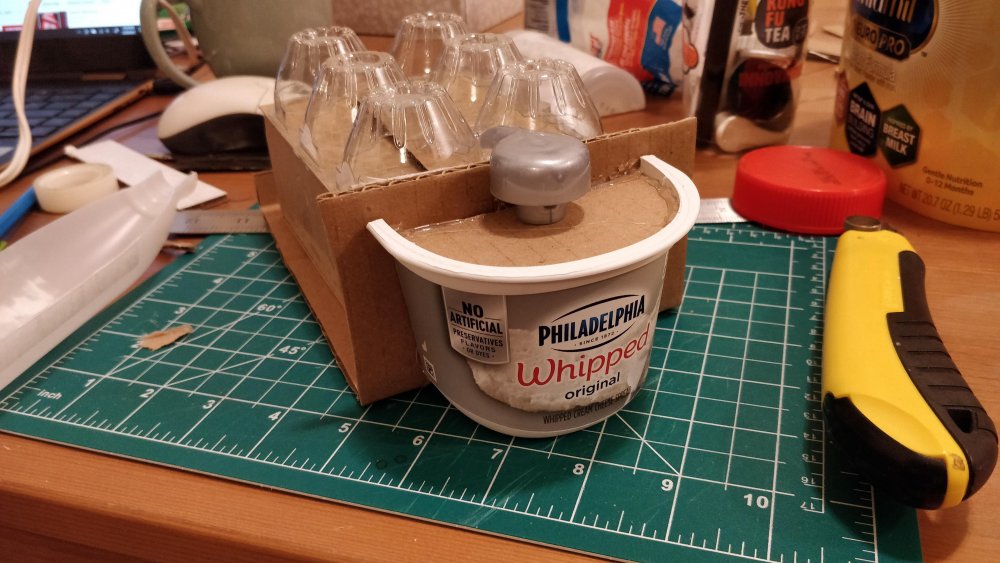 I decided toward the end of the build that I like the cream cheese container right side up better.

Like I said at the beginning, this is just a mock up. I've decided to try doing the cargo pod out of 1" pink foam, rather than building a box. I should be able to get a much more square shape that way, and I don't need it to be hollow. The flatbed will probably be made of 1/2" pink foam. I'd use foam core if I had any, but I don't. I could use cardboard, and still might, but we'll see.

As with my previous ships, the underside will have minimal detailing, as no one is going to see it. I'm hoping to have most of the construction done by the end of the week now that I have a plan!