In a recent post Il Male™ talked about about feeling unorganized with his own megadungeon project - The Tower of Zordaz (which isn't any worse a name than my own The Ruins of Seteh Zandana). I commented that I keep it all in a binder, and he asked to see some pics. Well, pics without commentary is for inspirational posts, and today isn't Sunday! Here is how I organize my Megadungeon. Please note it usually doesn't look quite this organized. I cleaned it up a bit for the pictures.


I am not the most organized of people. My natural state is to have a large number of piles that contain a large mix of items. I usually can put my hand on whatever it is I’m looking for, but often enough I lose things. This isn’t really a conducive strategy for long term projects, and so when I seriously began working on my Megadungeon I started a binder. It was fairly unorganized to start with, but as it’s grown I’ve managed to get it into a semblance of order. 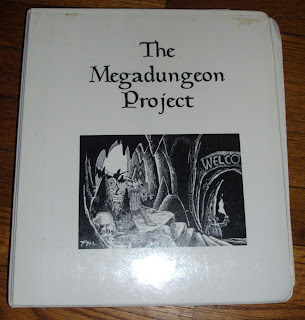 The cover. I wanted something old school, and kind of fun. 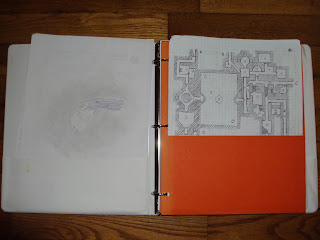 The inside pocket currently contains pictures I’ve drawn. Not maps, but doodles mostly. Opposit is a pocket folder folded inside out and hole-punched. In this pocket are my megadungeon maps. 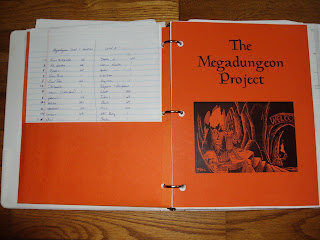 Flipping the pocket folder over we come to the pocket with all of the handwritten megadungeon notes, and the intro page to my early and now abandoned megadungeon maps. 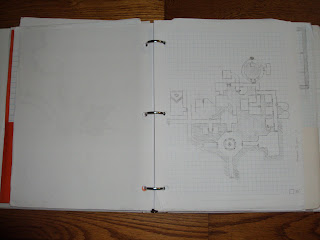 At the very end of this section is the original Mobius Dungeon map and notes. 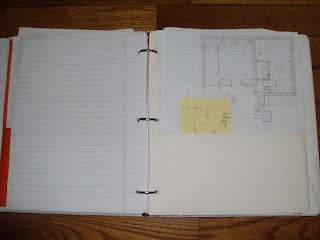 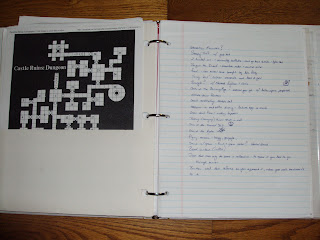 The flip side contains other peoples dungeons. The facing page brings us to the inspiration section. To start with are several list of interesting things that I came up with to insert into my megadungeon. Next is the list by Alex Schroeder of the aspects that make for a Quality Dungeon.
This is followed by:
Megadungeon Random Area Name Generator
Tricks, Empty Rooms, and Basic Trap Design by -C
OSRIC rule book pages 155-161 (Random Dungeon Generation)
Advanced Heroquest pages 32-36 (Random Dungeon Generation)
Classic Dungeon Design Series #3 Old School Dungeon Geomorphs
Tunnels and Trolls Generic Dungeon Generation 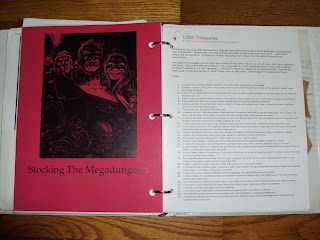 The next section is Stocking the Megadungeon. This is a smaller section, but includes the following:
Little Treasures by Tiachara
Random Magic Items by Pete Mohney from Dragon Magazine #57 (January 1982)
100 Book Titles 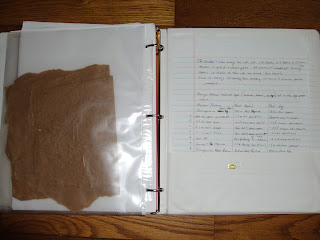 This brings us to the back of my binder. A couple of page protectors hold some prewrinkeld brown paper in case the urge to work on distressed map strikes. There are also several sheets of blank white paper for whatever I may need it for. The inside back pocket of the binder contains notes for other blog related content, including my original notes on the Witch of the Deep, and the Magical Skull Series.

So that’s how I keep my megadungeon binder. The PDFs, spreadsheets, word docs, and other files are kept on my Google Documents account.

If you can think of something else that should go in here, please let me know about it! If you have any questions, just ask!