Netflix dropped Marvel's Iron Fist this weekend, and while I didn't manage to finish it, I did find the time to get through the first 5 episodes, and expect that I'll finish up the series by the end of the week.

There's already been a lot written about the various issues that Iron Fist has just from it's core concept (poor little rich white boy orphaned in a plane crash, raised by monks in a mystical Himalayan monastery, comes back with supernatural powers to save the day, bringing with him a host of politically incorrect racist issues). And those issues are all as true today as they were when the comic came out in the 70's. There's also the complication that as the 4th and final member of the Defenders to be introduced, Iron Fist is somewhat constrained in what it can bring to the table. On top of all that, there's the fact that Daredevil, Jessica Jones, and Luke Cage set a high bar for what might be the weakest concept of the quintet.

With all that acknowledged, Iron Fist still manages to be an entertaining show, even if it's the weakest of the set. Danny Rand coming back to the real world 15 years of time in a mystical monastery? Rather a lot of fun! I appreciate that in some ways he's still that 10 year old boy, or at least he's channeling that boy, regressing a little as he tries to find his footing, and is rebuffed by those who knew him before.

Connie Wing is a great support character who is being set up for a nice story arc of her own. I really appreciate that she isn't a clean cut 2D character, but more of a conflicted real person. 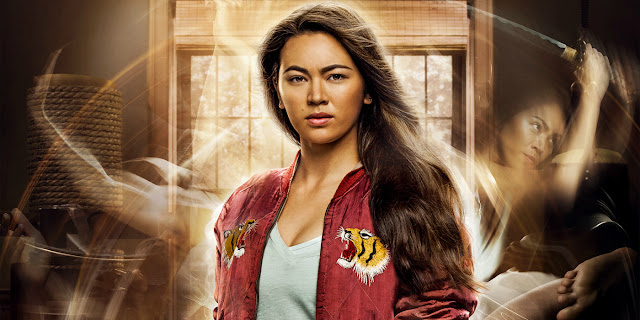 The Meachums are an interesting pair, storywise. I'm a little unsure of how they're going to work Joy's story line, but Wade, ever and always an ass in his dead father's shadow, is clearly going to fall like a domino soon. I do kind of think that after a decade spent running Rand Corp that they'd be better at it. Then again, I expect people in power to be competent, when clearly they so often aren't.

The Night Nurse of course makes an appearance, and as always she's the one in any of the shows who, as my friend Hanna put it, "continues to be the only rational person in this universe."

Then, of course, there's the real bad guys, the Hand! 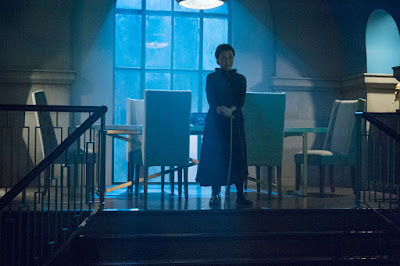 Every bit of Madame Gao has been wonderful, and I want more!! And while I'm only about a 1/3 of the way though the show, the hints as to where this is going, and where it might go with the Defenders? Tantalizing...