Wednesday’s game was postponed for the week because half the players couldn’t attend, so instead we had a painting night. It’s been a while since I painted anywhere other than in my apartment, so I quickly threw together a traveling paint kit with the paints currently on my paint tray, and grabbed one of the scarecrows, the Oathsworn human thief, and a bag of Bones bugbears and gnolls (in case someone wanted something to slap paint on).

Turns out that the lighting isn’t great, and I didn’t bring my visor, or my good brushes… So I blocked in the colors on the thief, poked at the bones of the scarecrow, and ended up brown lining a whole bunch of bugbears and gnolls, some of which already had some paint on them from when my nieces and nephews tried their hands at painting. 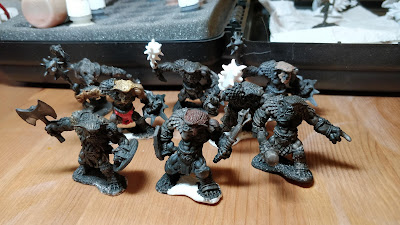 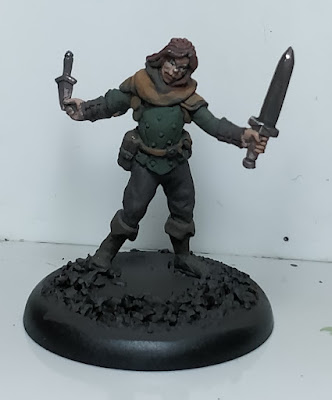 As far as the bugbears and gnolls go, I’m going to replace the weapons for the bugbears with the floppy maces from Bones 2. I’m thinking a spear, sword, and maybe a beastman’s flails. For the gnolls, probably something similar. I wonder if I have a pick somewhere… Also, I noticed that several of the shields are poorly glued, so I’m gonna have to fix those too. 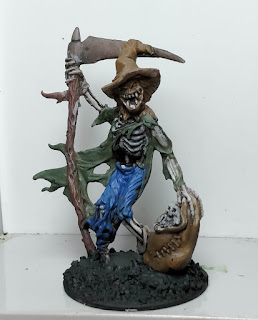 Funny thing is, I wasn’t planning on working on these minis, but now that I am, I feel like I should just… do it, and have some fun while I’m at it. I guess I found my March project!