In addition to the walls and crypt I painted, I also painted up the gravestones from the Bones 3 Graveyard set. These were fairly simply done, starting with Grey Liner, mixing in some Stone Grey and a drop of Jade Green to give them a bit of color, and Linen White to lighten it even more. 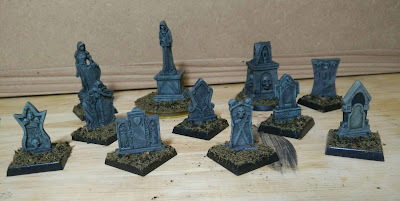 Because they’re so wobbly I decided to base them so that they wouldn’t immediately tip over. I was thinking of basing them in sets, or a mix of individually and in sets, but ultimately decided that they looked better individually based. Basing was simple, just a bit of flock stuck on with wood glue. The flock itself is a mix of Woodland Scenics Earth Blend turf plus a little used dried coffee grounds. Usually I use the coffee grounds for rocky texture, but some got mixed in and I didn’t want to bother dumping the batch. 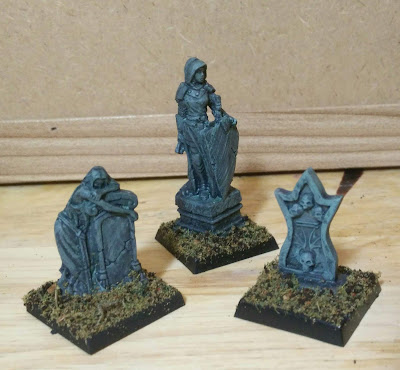 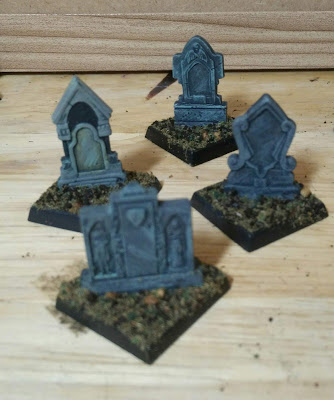 The two tombs were painted the same way, but given Bronze accents.

While they’re really simple, they’re tracked on my spreadsheet, and so count toward my total.