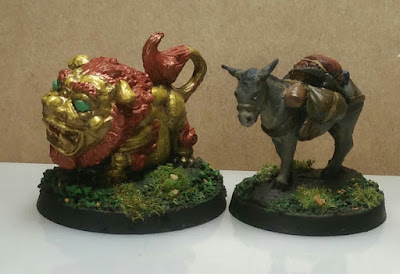 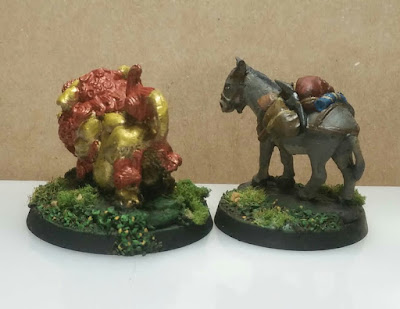 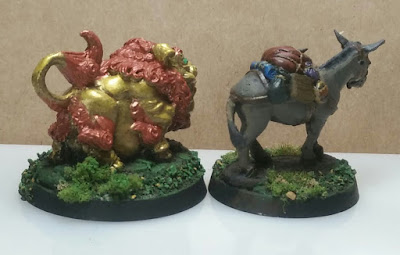 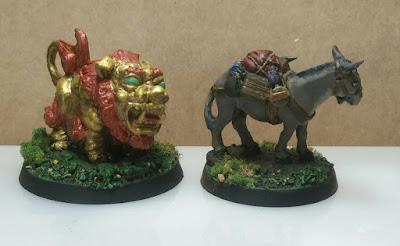 The Foo Dog I pulled out for Chinese New Year. Rather than try to paint it up like some sort of actual living thing, I figured why not just paint it up like a golden statue? So I did. I think he’ll work well for a random terrain element or objective marker in Frostgrave Ghost Archipelago. 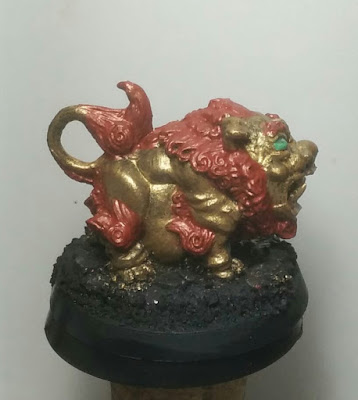 Base coated with Brown liner, I then painted him with a dark old gold, followed by New Gold for the broad highlights. The metallic red was painted first with Retro Red, which looked too orange, so I mixed in some Heraldic Red to strengthen the redness. The eyes I painted with Jade green, blended with Brown Liner to Linen White to try to give it a hint of gem-ness. 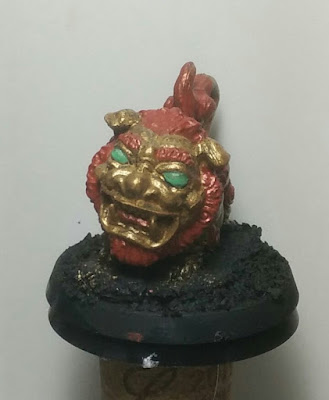 It was based on a 2” base, and I used a mix of gravel and sand to texture the base. This was painted with a variety of browns and greens, with dots of flock and turf. I added a few dots of orange to look like little flowers.

The Donkey was painted with Desert Sand and Stone Grey over Brown Liner. As usual, Linen White and Brown liner were used to shade. Oh, and for reference pictures, I used Donkey from Shrek rather than a real one… *shrug* The packages on the donkey’s pack were painted a variety of colors, mostly based on whatever paints I had on my work tray at the time. Just about everything got a wash of Sepia. 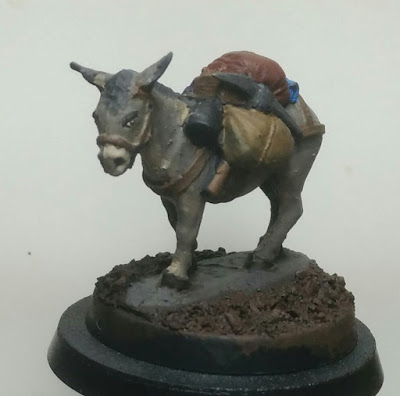 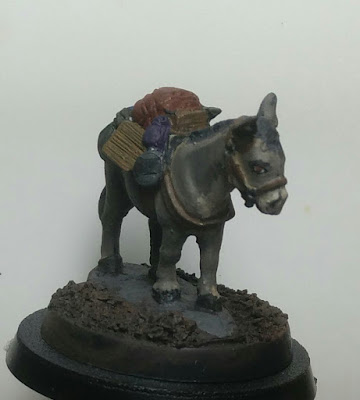 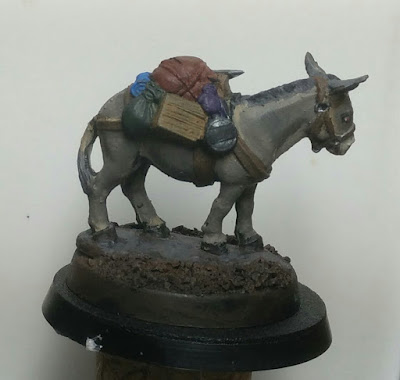 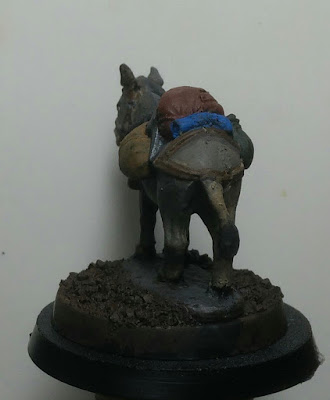 He’s based on a 30mm base with the same mix of sand and gravel as the Foo Dog. I painted the base a little differently, using redstone as the base. Otherwise, pretty much the same.