I’ve always had a soft spot in my heart for the old chainmail minis. For the most part they were decent sculpts, even if they were a little flat. While doing my cleaning and organizing for my move, I found I had a bunch that I’d started and never finished, including this half orc commander. There isn’t really anything special about the sculpt, but I’ve always liked bad ass minis with a weapon resting on their shoulder. So he ended up coming off the shelf of shame after a decade and a half. He also brought some friends. 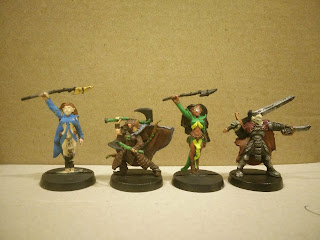 I rinsed the dust off of them, and then hot glued them to corks. More on the elves later.... 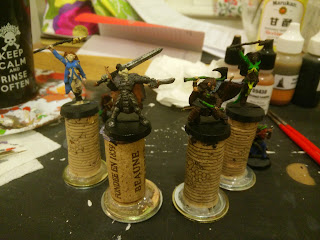 I re-base coated the cloak (which was red) with a mix of dark grey and sepia ink. I squirted the grey into a spot with the ink without looking, but liked the look. Then highlighted up with lighter and lighter shades of grey. The inside of the fur was base coated with a mix of nut brown and tanned leather, then brought up with tanned leather. 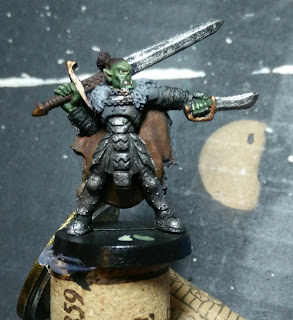 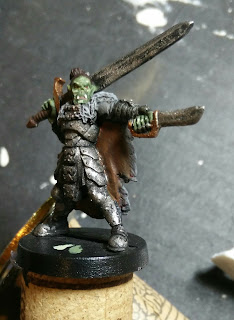 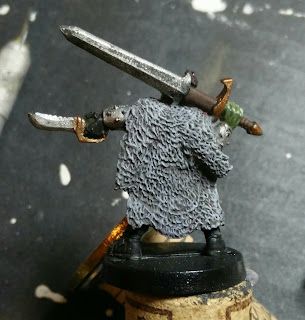 His skin was redone with muddy olive, olive green, and pale olive. I mixed in a tiny bit of dragon red for the lips, nose shadow, and inner ears, and used the same red for the eyes. I based the hair with burgundy wine, and then used black wash to darken it, then I brought it up again with Reaper's magenta clear. 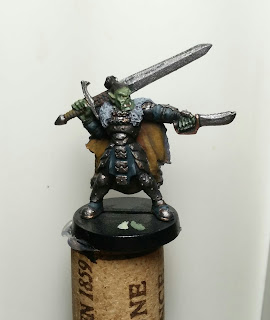 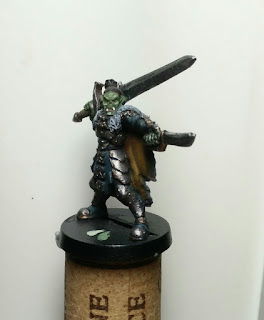 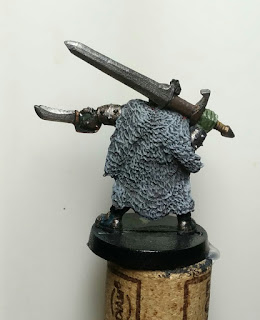 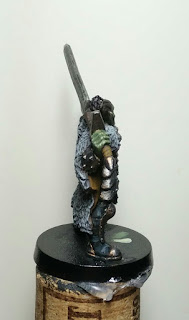 The armor needed to look worn but well cared for. So I based it scorched metal mixed with dragon brass. Then used shadowed steel and then honed steel to bring up the highlights. 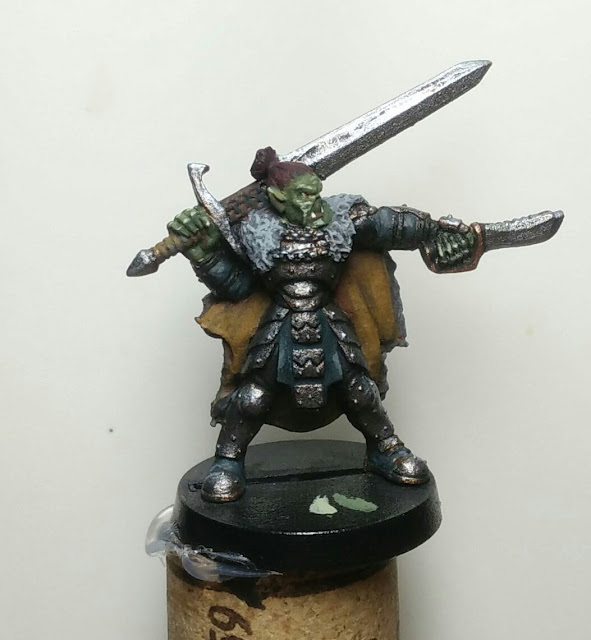 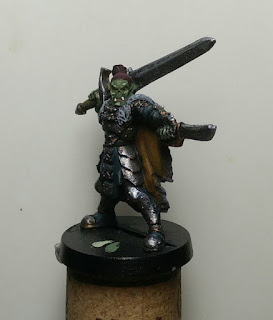 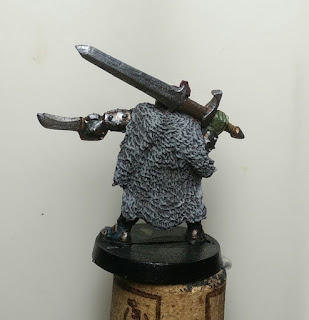 Basing will be done a bit later, as I need to pull out the greenstuff and make some flagstones.