With my last post about minis I hated, I talked a bit about Elquin, and how I had to push through till I reached a point where I thought he was starting to look okay. Elquin did finally reach that stage. All it took was highlighting and more highlighting… Unfortunately I didn’t really keep track of how many stages it took to get here. 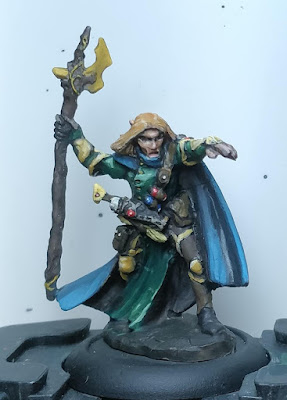 And after getting to this stage I also cut him off his base and used my Happy Seppuku (now defunct) base stamp to give him something better to stand on. 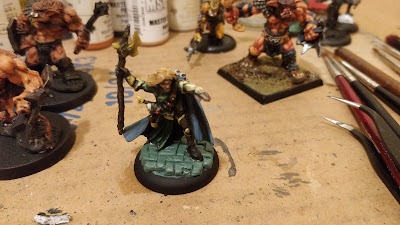 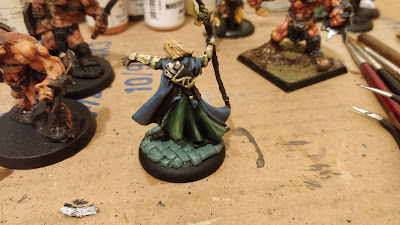 Another highlight, and then painting the base. 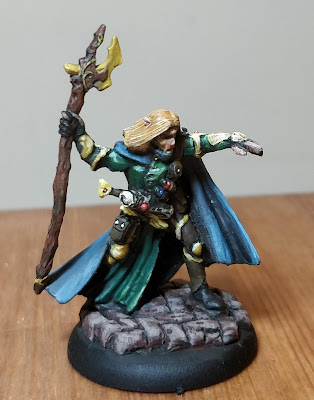 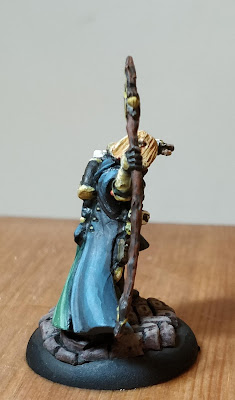 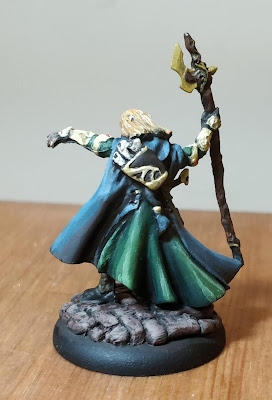 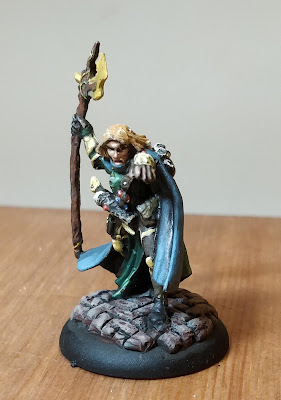 From here… I’m still not super thrilled with the face, but then I rarely am. I think he's done. Or at least as done as I'm gonna get him.