As with the bugbears I wanted to swap out some of the weapons for the figures I have multiples of. In this case the gnolls had flails. Unfortunately their shield arms aren’t as conversion friendly as the bugbears, so I just left them alone. The goal this time is to keep it simple. One gnoll got a bretonnian polearm, the other a beastman club. 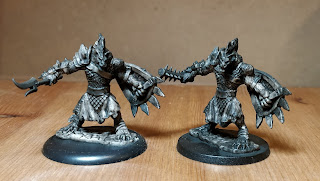 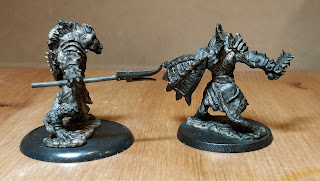 After the conversions, and some minor mold line removal, I slapped on a thinned coat of Brown Liner. When that was dry I mounted them on bases. While smaller than the bugbears, they still don’t fit well on a 1” base, so I went a bit bigger. And because I was out of the 40mm GW bases that I used on the bugbears, I used 45mm Reaper bases, which were the next best option and a couple of other random 40mm bases from... somewhere... Kinda wish I’d swapped them, and put the bugbears on the larger, and the gnolls on the smaller… oh well… 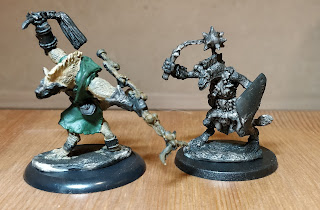 This was the point I stopped and remembered that I’ve painted some of these guys already, and I should probably review what I did, so that they can be at least somewhat consistent.

I can’t believe that was 2 years ago… time flies.

But hey, I took good notes! And also, hey I never based the other gnolls! So let’s get them based too! 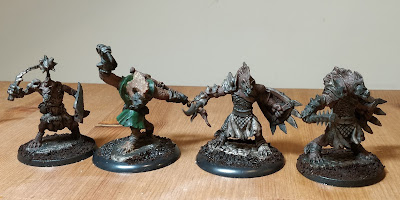