Caffeine Forge has been running a Monday Miniature grpup event for a while now, and every now and again I manage to paint the coming week’s mini. This was one of those weeks! The mini was the blacksmith.

A rather simple figure. I wanted to see what I could do with him in a relatively short time, so I gave myself 2 episodes of Stargate SG-1 to get him done. The color palette was fairly limited, and mostly browns and greys. 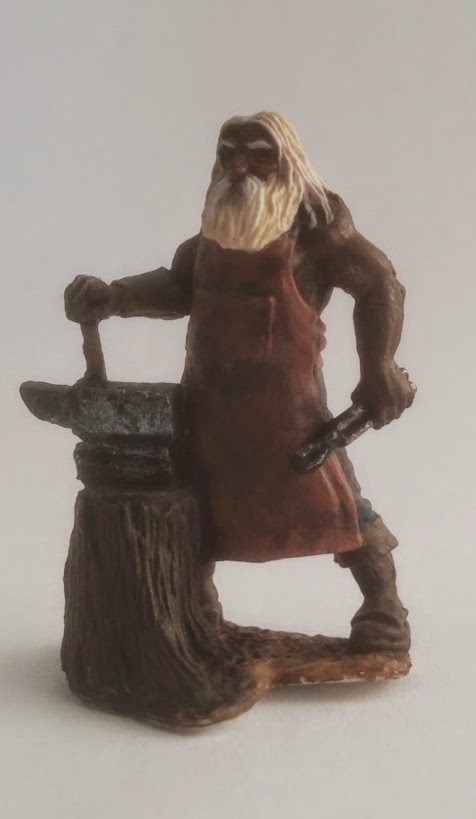 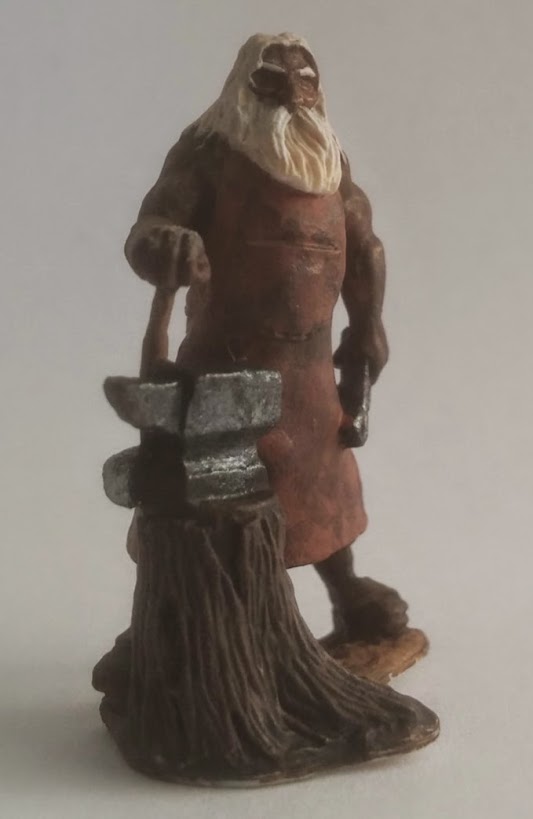 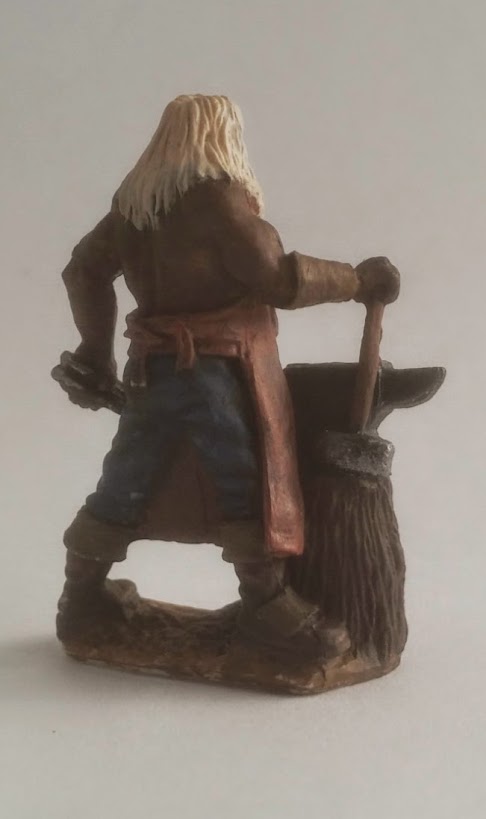 And I’ve been talking about doing it forever, but I finally got around to making a simple lightbox. The box itself is just a cardboard box with the sides replaced with white tissue paper, based on various designs I've seen posted various places online. 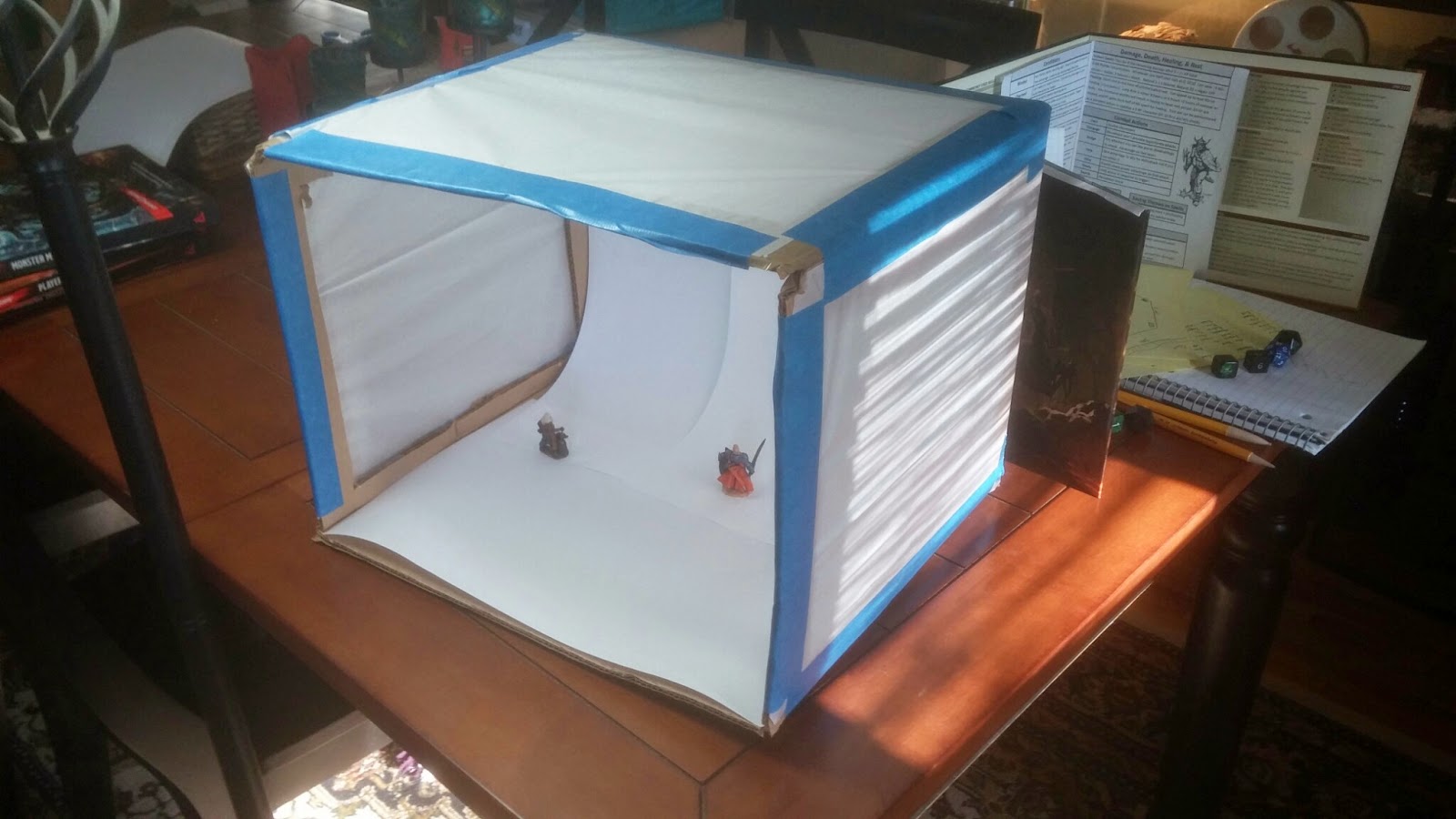 I've also started working on the mini for next week, Barnabus the Pirate, doing some more work on the KotDT minis, mostly painting eyes, and fixing yet more mold lines. After spending so much time working with Bones minis, I'd forgotten how much prep can sometimes need to be done to metal minis!And I also decided that Duke Gerard's armor with the blue wash wasn't working, so I rewashed him with purple to better fit my theme. 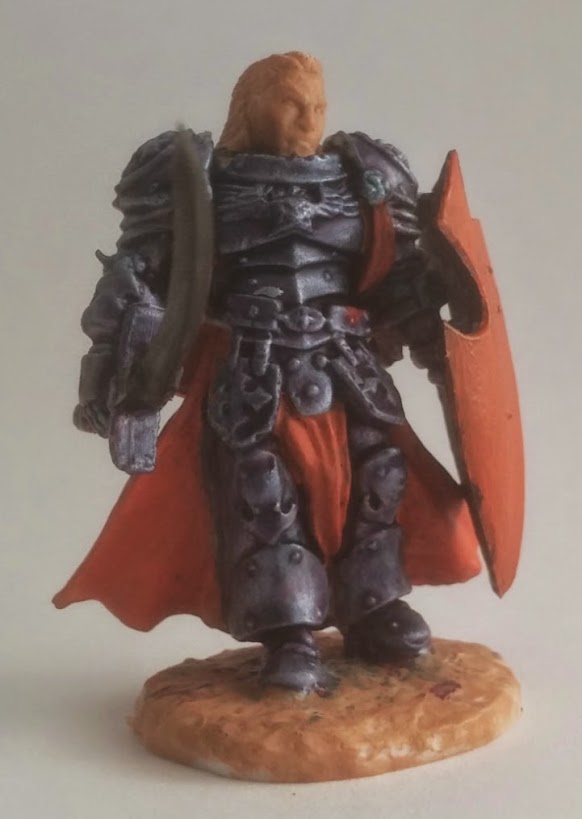 I'm really going to have to practice with the light box... but still better than without it!