Neptune's Pride 2: Triton is a space strategy game that plays at something much closer to real time than most games, spanning weeks instead of hours. 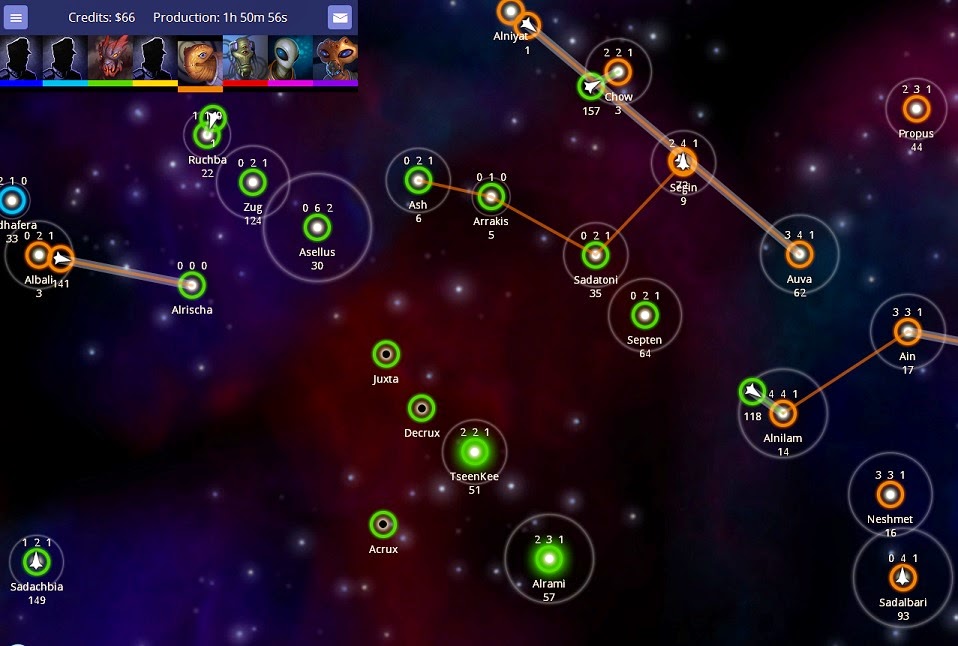 It's a fairly standard setup. You start with 6 stars, and 7 opponents. There are a host of uninhabited stars of various quality that you can capture and develop. Each star is given a base rank, which you can improve through developing your terraforming skill. On top of that you can improve the 3 stats of a star - Economy, Industry, and Science. 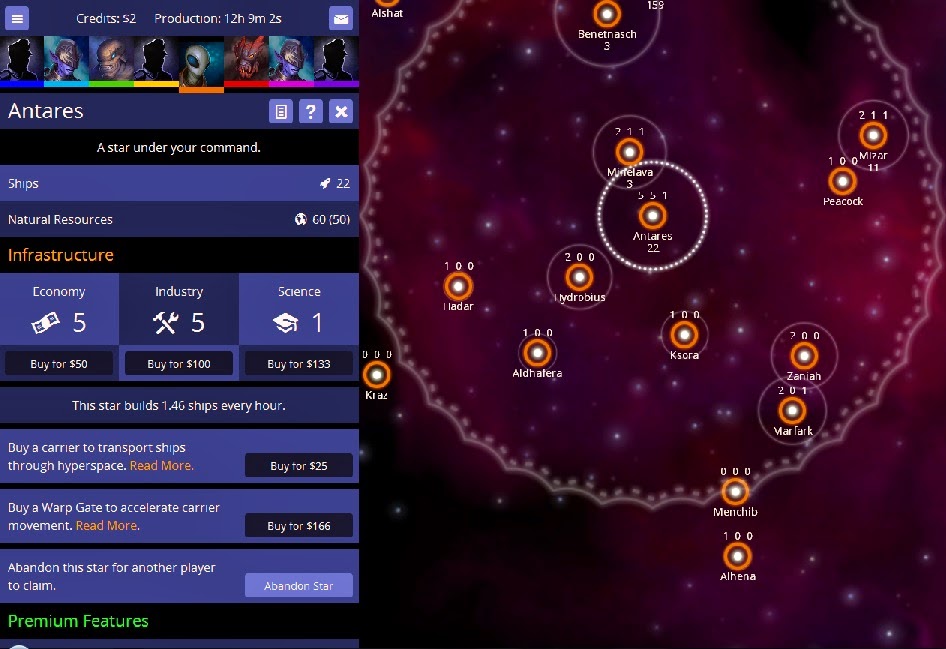 Improving good stars is cheaper than bad ones, but in the end its total number of stars that will win the game. However, if you have lots of good stars that you've improved, you'll be better off than your opponents if they developed their lesser stars.

Diplomacy and tech trading are very important aspects of the game. Alliances are usually temporary at best, and at worst a ruse to lure you into a sense of complacency from which you will be attacked.

Because of the time it takes to get from star to star (hours) nothing happens in the game quickly. Generally you really only need to check in for a couple of minutes once or twice a day. So while a game may take weeks to play out, it doesn't really rule your live.

Below are pictures from my current game.The first is an overview zoomed out of the whole game. I'm Orange. Purple, Blue, and Yellow have already quit the game, but will be run as non-aggressive AIs for the remained of play.The stars with white centers are ones that are in my scanning range. The ones without color are unclaimed. 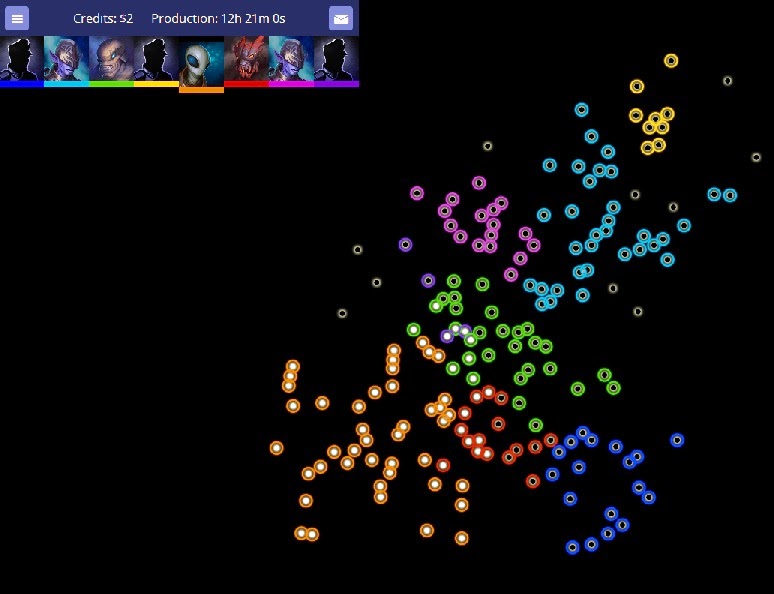 And this picture shows where the action is is taking place, at least in my part of the galaxy. 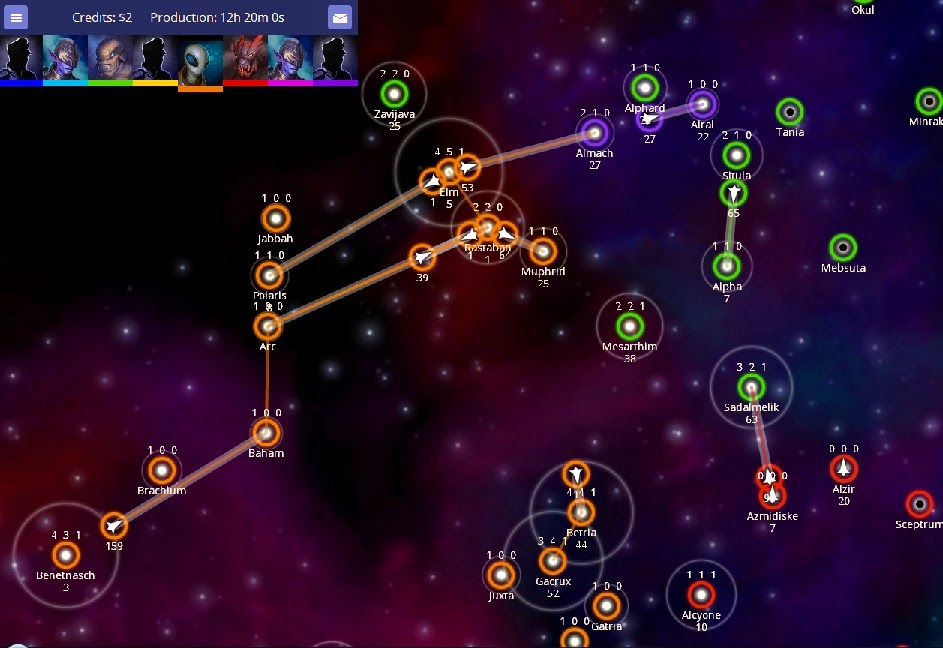 The purple player has quit the game, and I'm mopping up the last of his stars. I'm allied with Red against Green, but he wasn't supposed to attack till Friday morning. At least this should distract green until I go for it tomorrow. That ship in the lower left side with 159 attack ships is 28 hours our of Rastaban, the orange star in the upper middle of the picture.

Things can take an excruciatingly long time to happen.

There are a number of really funny play reports about how the game ruined friendships. This one in particular about the first version of the game made me really want to play. You'll be laughing, I promise!