Playing a bit of catch up here at the Tower... these Hooked Horrors Gloom Stalkers were painted over the summer, and I only just got around to taking pictures of them. As a consequence, I don't have the specific paints that I used written down. Hopefully the work in progress pictures will do for anyone who wants to paint them as I did.

As usual, I started these off with a warm soapy bath and a good scrub with my hobby toothbrush. 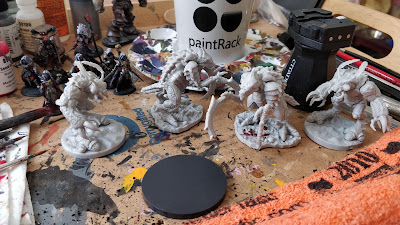 I debated putting them on a round base, but decided that the irregular base that came with them was good enough. Mostly because I didn't want to try to replicate the texture, and also because the base it comes with is about as thick as the base. Then I cleaned up the worst of the mold lines. 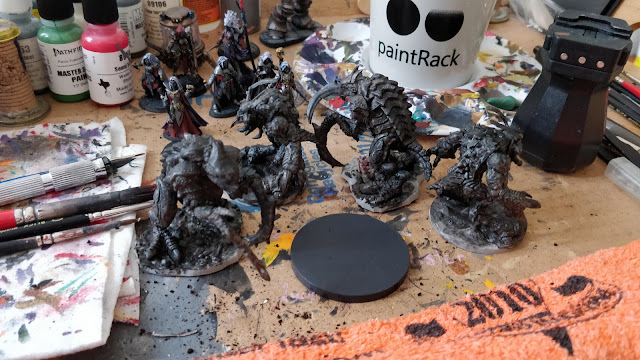 Next up was the Liner layer. I think I used Grey Liner on these minis, but it might have been brown. I should have used Blue Liner though, as you can see below, I blocked in with mostly blue... 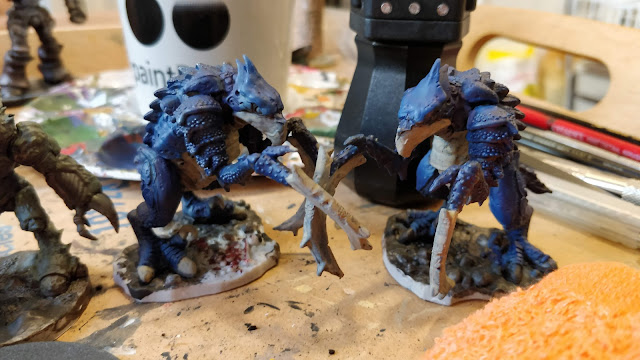 I used a tan/stone color for the claws, beak, underbelly, and toes. 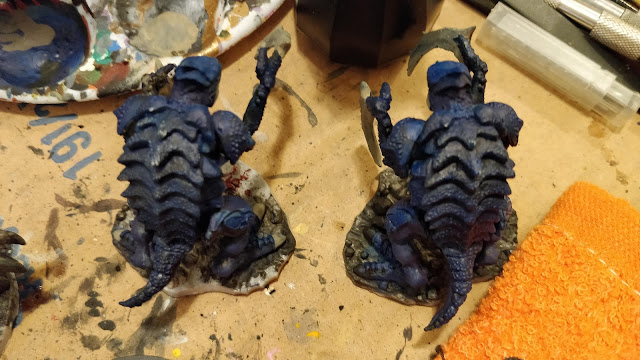 I began mixing in some purple to the blue for the more fleshy parts of the body, leaving the armored plates more blue. 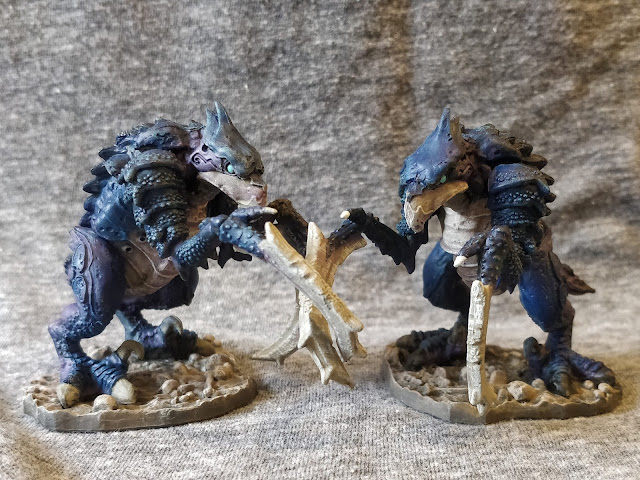 I used a bright blue/green for the eyes 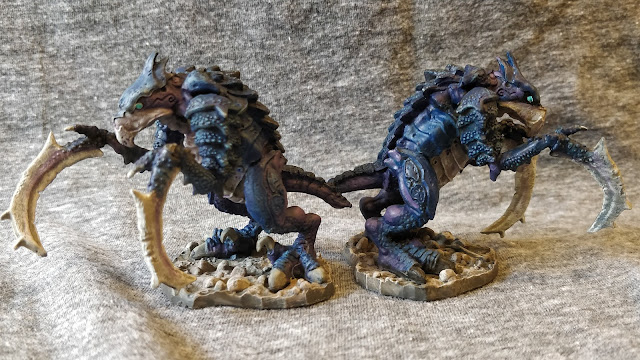 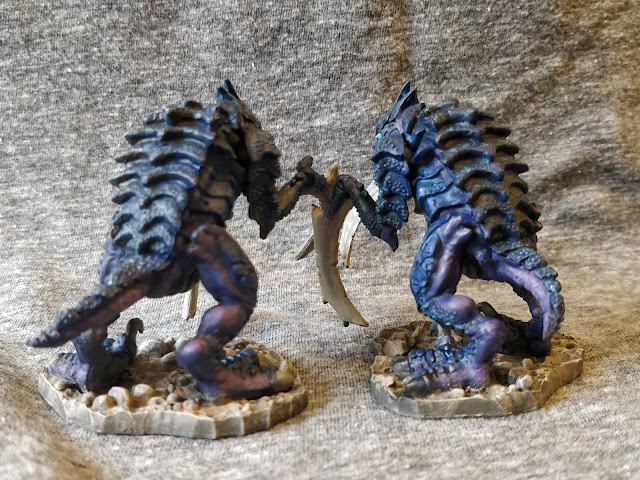 I'm generally happy with how they turned out, but while I started really excited to be working on them, by the time I was done I was weirdly just kinda turned off by it. I'm still not entirely sure why. Maybe it was my color choice? Maybe the annoying mold lines?

And looking at the pictures now, I see I forgot the paint the toes of the figure on the right... and still need to paint the edge of the base black.