I originally reviewed Rogue One back in 2016. You can click here to read that review. 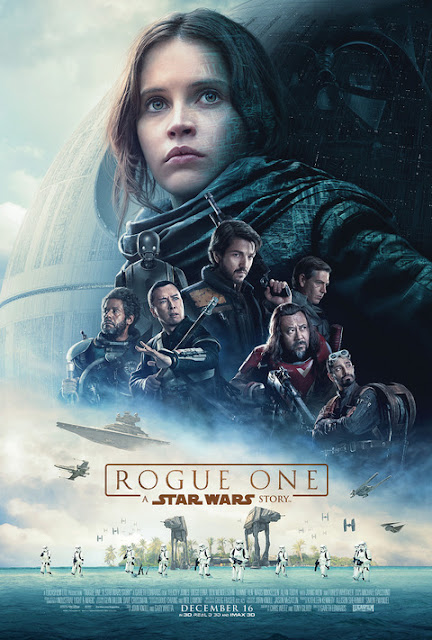 Taking the time to go back through the galaxy spanning saga that is Star Wars, this is the movie that I find myself returning to. Is it weird that my favorite movie is one that doesn't focus on the Skywalkers?

I only barely touched on Donnie Yen and Wen Jiang as Chirrut Îmwe and Blaze in my previous review, which is a crime. These two brought so much to the movie. And sure, they were the stand ins for the Jedi, but given the focus on the Kyber Crystals, it makes sense. Given what's been shown of the Jedi Order in the movies, it's nice seeing others with Force connections. And yes, there's Finn, who is clearly force sensitive, if not yet a force user, but here in Rogue One we have 2 very different force users. Blaze with his heavy blaster cannon and broken faith and his friend Jiang, blind but so connected to the force that he can take on an entire squad of storm troopers with just his staff or shoot a tie fighters out of the air with his blaster bow.

We see these two adrift, their temple raped, their order destroyed, and the boot of the empire crushing all beneath it. Like everyone else in this movie, the inexorable crushing machine that is the empire is rolling over them, pushing them to the brink, and this movie is about how some individuals choose to face it, knowing the odds.

It isn't a perfect movie, but it is good in spite of some of the storytelling flaws, and carried by some excellent acting from some excellent actors. And in the final analysis, I think that this may be the best Star Wars movie so far.